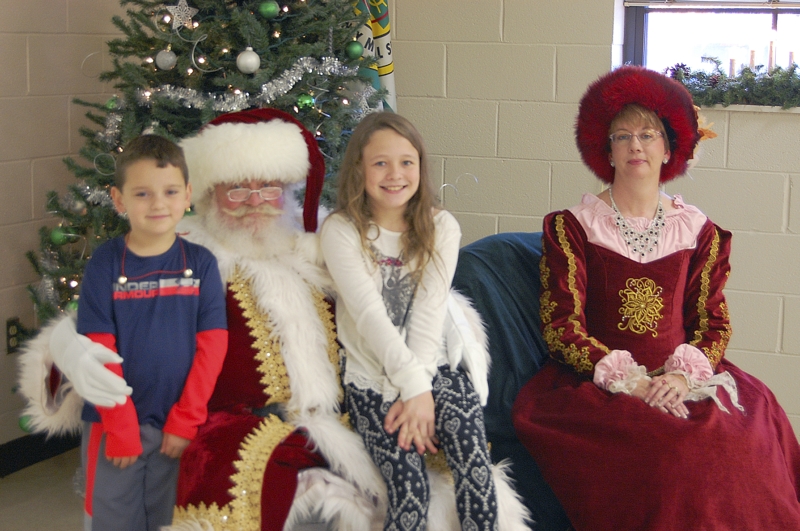 SALISBURY – The Holiday Caravan hosted its second annual Breakfast with Santa at the Rowan County Rescue Squad on Julian Road on Saturday to raise funds for the annual parade.

Brittany Perry, Holiday Caravan board member, said the event is held to help raise money for the Holiday Caravan, the annual parade that goes through Spencer and Salisbury.

She said the board wants to make it bigger and better every year, but they need funds to do it.

The parade normally costs around $35-40,000 each year. Costs include paying the bands, securing permits, renting the professional floats, getting Holiday Caravan shirts and hats and paying for other general supplies.

Donald Sturdivand, another board member, said they pay out-of-town bands $300 and local bands get $250.

He said the breakfast does help cover those costs.

“Every little bit helps,” he said.

Along with getting pictures with Santa and Mrs. Claus, there were also crafts for the children.

Maxine Carlyle, member of the Rescue Squad Auxiliary, said she and her family attended the event a few years ago and enjoyed it.

“It’s fun for the children,” she said. This year she brought her grandchildren Alana and Zane Carlyle.

Ryan and Lauren Griffin brought their 4-year-old son Carson and infant son Sawyer to the breakfast. After Carson got a picture with Santa, he realized he needed to write up a wish list to give him. He had all the supplies he needed at the craft station.

Lauren said it was her family’s first time at the event and they loved it.

Ryan said it was a good way to bring people together for the holidays and raise money for the parade.

Suzanne Yost and her two children Savannah, 2, and Adalyn, 7, also said it was their first time at the event. Her parents were in town visiting so it was a good opportunity for family time.

“I think it’s a nice tradition that we might start,” she said.