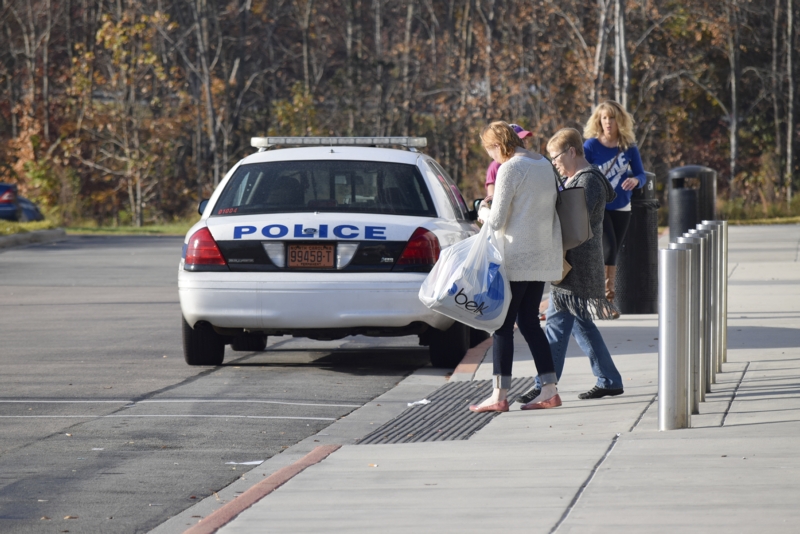 SALISBURY — There are a few days a year where I’ve always found it prudent to stay safely at home: late night Halloween, the Fourth of July, New Year’s Eve and Black Friday. They’re days on which I always considered driving after dark to be a bit precarious — I do not have faith in other people’s driving skills.

But things change, and eventually a day came where I aimed too high with my Christmas gifting and found myself in need of that Black Friday price slash.

It was my first time venturing out early for after-Thanksgiving deals, and as I made plans and looked up deals and store openings, I found myself remembering all the horror stories that have leaked out of stores on Black Friday: people with black eyes, gunshot wounds or people who died in the unstoppable surge of the crowd. Headlines like “Girl trampled in Black Friday Walmart rush” and “Two people shot at Tallahassee Walmart over parking space” tend to stick with you.

According to blackfridaydeathcount.com, a website that keeps track of injuries and deaths on the day of infamous deals, between 2006 and 2014 there were seven deaths and 98 injuries that can be attributed to Black Friday shopping. But, if I was going to do this, I decided I might as well try to do it well.

I’ll admit I was a little surprised to find out that a lot of stores opened at 5 or 6 p.m. on Thanksgiving Day — a trend I missed in all my years sticking my head in the ground on Black Friday. It made my job easier, though, as I wasn’t eager to fight crowds at all hours of the night.

But prying myself out of a chair after Thanksgiving dinner proved to be harder than I thought. Prying my designated shopping companion and sister out of a chair was even more difficult. By the time we bundled ourselves into a car, dropped off relatives and dropped off leftovers at home, stores had been open and packed with people for nearly two hours.

Black Friday shopping is a bit like picking your poison — choose a store and hope people aren’t too rowdy and you’re not too late to get the things you need. Thursday evening, my poison was Best Buy. The Christmas gift (unnamed because its recipients are Post subscribers) was on sale there, and it was also one of the better stores to get a Blu-Ray player, which I also needed.

All my planning and caution were for nothing. The parking lot at Best Buy wasn’t close to full, and we nabbed a spot right near the entrance. Inside wasn’t the wall-to-wall mad rush I expected; and while moving through the narrow isles was difficult, if you’ve navigated a school hallway during class change or lunch rush you can handle a store on Black Friday.

But this year wasn’t as crowded as it could have been. According to a survey put out by High Point University, 78 percent of polled North Carolinians said that they would not be shopping on Black Friday, and 84 percent said they would not shop on Thanksgiving Day.

“The poll results reflect a growing sentiment that the deals on Thanksgiving and Black Friday may no longer be worth it,” Dr. Daniel Hall, assistant professor of economics at High Point University said in a press release. “Perhaps the deals are not as big as they used to be, or there are more comparable deals throughout the holiday shopping season and through online shopping. The cost of less time with the family is higher as families may live farther apart or have busier schedules for various reasons. People may also feel guilty about retail employees spending less time with their families so they can get deals.”

Was it worth it? In some ways, yes. I did need a Blu-Ray player and that Christmas present — and price cuts were enough to drag me to a store. It was also an interesting experience. Being in a store at a time that’s normally after hours is slightly surreal. Everything seems otherworldly and detached: the florescent lights a little too bright, the voices a little too removed. I found myself bumping into displays a lot.

It’s also a treat to see all the people Black Friday brings crawling from the woodwork late at night. Couples, nurses pacing the isles in scrubs, an indecisive young man trying to find a present for his girlfriend and even entire families, hanging off of shopping carts.

But there is a downside: it’s difficult to keep to your list. In addition to the two items I went to buy, my sister and I also left with: a pair of wireless headphones, a small collection of movies, a can opener and brand new sets of towels gleaned from Target. Which, for us, is big shopping.