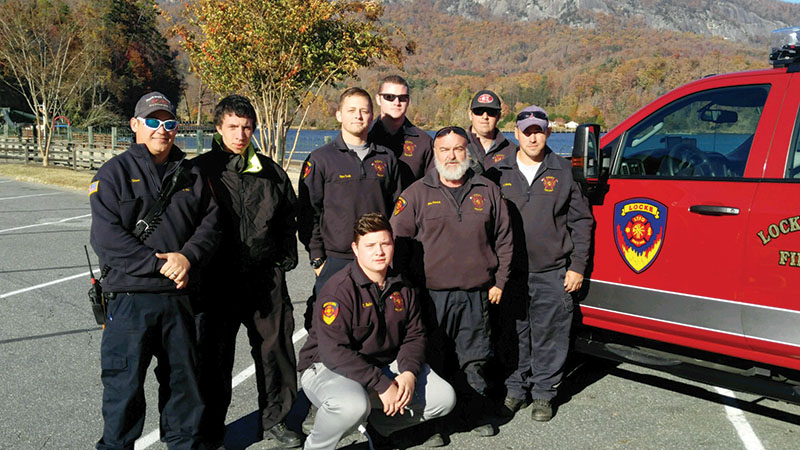 The Locke firefighters who went to help fight the fire at Chimney Rock. Submitted photo.

SALISBURY – John Parrish has been in the fire service for 28 years, but even after volunteering with local departments he’s still learned a few maneuvers while helping to battle the Lake Lure and Party Rock fires.

The men spent six days working 12-hour shifts primarily using a fire line to stop the fire from spreading. Parrish explained members of the N.C. Forestry Service taught him to turn over roots to unearth any fire that maybe hidden.

The fire began Nov. 8 in Chimney Rock State Park and to date the fire has burned over 2,000 acres on N.C. State Park property and over 4,000 acres on private property. According to the N.C. Forest Service there are 300 personnel still participating. The fire is 80 percent contained.

As the fire continues to diminish and less fire personnel are needed, it’s likely the firefighters may return to help.

“It was amazing to see thousands of fire apparatuses and to have all of us be one fire family,” Parrish said.

The cause of the fire remains under investigation.