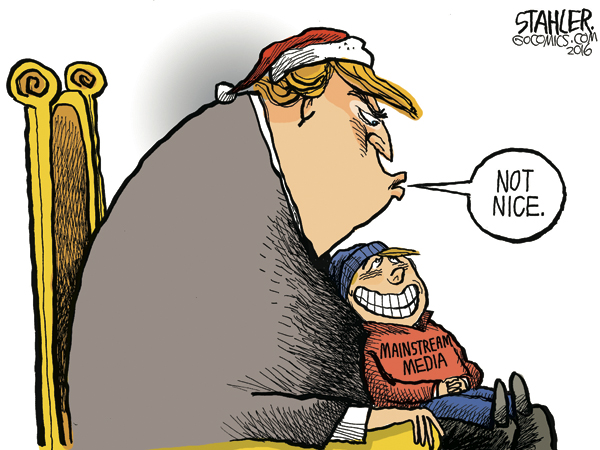 As a lot of my students used to say, I am not the only one. Even though many of your accusations can’t be verified, the Republicans should do the same things you say the Democrats did wrong. Way to try to be the better man. No surprise here from the Tea Party.

Please do not insult the turkey. We should be wary of the buzzard. When the vulture’s right wing is dominant, it flies in a counter clockwise circle over dead meat. A stronger left wing makes it circle in a clockwise circle over carrion. Either way, we are on its menu unless we exercise prudence, cooperation, respect, and responsibility. Happy Thanksgiving.

Democrats haven’t forgotten that the same Republican leadership passed “the most restrictive voting law North Carolina has seen since the era of Jim Crow.”

Democrats haven’t forgotten that Republicans chose not to expand Medicaid in North Carolina, leaving thousands of families vulnerable and without healthcare coverage.

Democrats, and apparently the majority of those who voted two weeks ago, haven’t forgotten that Pat McCrory made no effort to veto or push back against any of those legislative decisions. And by the way, when you claim that Mike Morgan may have “accidentally” won simply because of a change in pattern on the ballot, you’re assuming Republican voters did not know the names of their candidates in the first place. (Bad on them then…plenty of Republican volunteers stood at polls everywhere handing out literature that should have solved that problem.)

Not meaning to be negative here, but if The Refuge started having “wedding after wedding after wedding,” I believe a local government issuing a citation to a church for administering the sacrament of marriage — as the church sees fit — would be a First Amendment issue, rather than a mere code issue. How long before First Baptist would also get a citation for too many weddings?

Looks like our city is planning to become the church police. “Excuse me, ma’am, I’m with the city. Is that a Bible or a wedding guest book you’re holding?” Somebody draw me a cartoon!

A beautiful story about Luke’s Dad. I’m sure the wedding was tough, but it was also a celebration of family and love, which is what Carrol was all about.

I remember the Fisher family well. I mowed their yard on 17th Street when I was maybe 12-13 years old. That slope was a beast! Sonia always made sure I was hydrated.

Carrol accomplished so much in his life. I have great respect for the man. Saddened to hear of his passing, but what a beautiful story!

The law enforcement officers keep doing their part/job, the system keeps letting them back out.

Dealers like these appear to show no empathy or remorse for their enabling actions.

We as a community should actively fight the war on drugs by not stigmatizing and accepting the deaths of those who are addicted but insisting on maximum sentencing for the dealers.

This will not only keep our communities safe but show support for our law enforcement officers.

As a citizen of China Grove, I try to make it to every Town Council meeting. I didn’t even know they had a special meeting planned for last night.

I’d be curious to know if the public opinion Seaford speaks of is all religious based.

So very proud of Livingstone leadership and taking the institution into the future by helping young students to obtain financial help to improve their lives, their neighborhood and their country.

God bless everyone who was a part of the Presidents Masked Scholarship Ball.

What a sad story. I hope history will remember Admiral King and Captain Naquin’s duplicitous behavior as the real villains in this story. If you victimize the already victimized, there’s a special place in hell for you.