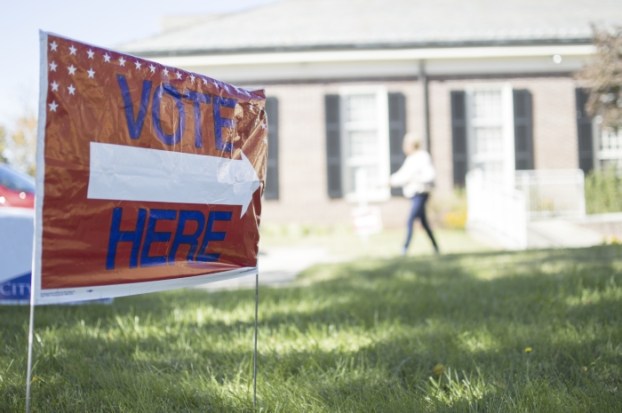 A voter walks out of the Rowan Public Library Headquarters Thursday during the early voting. Josh Bergeron/Salisbury Post

SALISBURY — Not satisfied with breaking an early voting turnout record, Rowan County made history in another way during the 2016 election.

Hundreds of local residents opted to write in a name in the 2016 presidential race.

The top choice among Rowan residents was Green Party candidate Jill Stein. Many other familiar political names dot the list of write-ins. Election officials suspect some voters wrote in their own name.

Dissatisfaction with presidential candidates was echoed across North Carolina. As of Tuesday night, 52,194 people wrote in a candidate for president in 2016. Records available online show that’s more than the 2012, 2008 and 2004 presidential election.

Because of North Carolina’s ballot access rules, Stein’s votes are the only ones that technically count. She received 78 votes in Rowan and 6,857 votes across the state.

With 610 write-in votes, the number of write-in choices in the race for Rowan County Soil and Water Conservation District supervisor position nearly topped the total from the local presidential race. Carl Dangerfield is the only person who received enough votes in the race to be counted in the official results reported to the State Board of Elections. Dangerfield received 11 votes.

Bruce Miller ran unopposed for re-election to the soil and water position and was the county’s top vote-getter, with 49,852 votes.