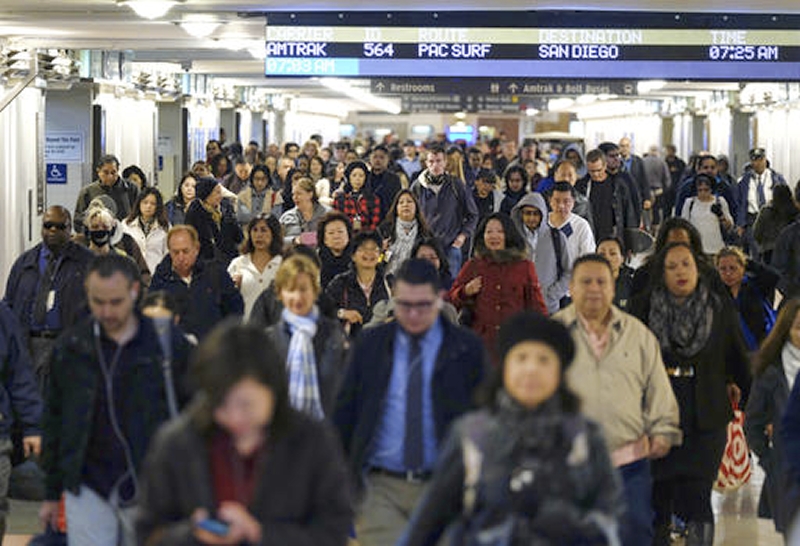 Tens of millions of Americans are taking to the roads, airports and railways for the Thanksgiving holiday. AP Photo/Richard Vogel

Americans took to the roads, air and railways Wednesday for what is expected to be the busiest Thanksgiving travel period in almost a decade.Almost 49 million people are expected to travel 50 miles or more between Wednesday and Sunday, the most since 2007, because of lower gas prices and an improving economy, according to AAA.

To ensure a smooth traveling experience, passengers should plan ahead, be prepared and arrive early to the airport, Charlotte-Douglas officials say. TSA advises arriving two hours before a domestic flight, three hours before an international trip.

The weather appeared to be cooperating for the most part, with no significant issues, National Weather Service meteorologist Amy Seeley said. There was light rain in Chicago, a major airline hub, but delays were only averaging 15 minutes, according to the Chicago Department of Aviation.

“It looks pretty quiet across the country today; I’ll take it,” Seeley said.

For those who didn’t want to drive, Amtrak was adding some extra trains Wednesday and Sunday between Chicago and Milwaukee, its biggest Midwest corridor, spokesman Marc Magliari said. Some Midwest trains have been sold out for several days, he said.

“This is a day when we need everything to go right in order to not have a serious issue with delays, with folks being backed up into stations,” Moorman told reporters at New York’s Pennsylvania Station. “Knock on wood when I say this, everything’s going well.”