Panthers offense struggling, a year after the Super Bowl 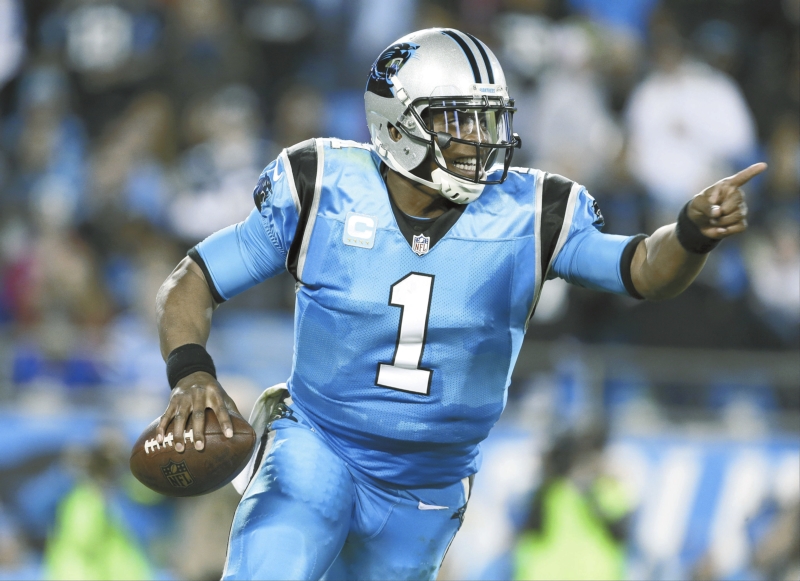 FILE - In this Thursday, Nov. 17, 2016 file photo, Carolina Panthers' Cam Newton (1) scrambles against the New Orleans Saints in the second half of an NFL football game in Charlotte, N.C. Cam Newton’s numbers this season are pedestrian at best, a far cry from the type of video game statistics he put up during an MVP season in 2015. (AP Photo/Bob Leverone, File)

CHARLOTTE (AP) — Cam Newton’s numbers this season are pedestrian at best, a far cry from the type of video game statistics he put up during an MVP season in 2015.

But coach Ron Rivera isn’t about to blame the team’s 4-6 record on his franchise quarterback.

Rivera points to a variety of reasons for the offense’s struggles — the slow start the team had on defense, the injuries that have plagued running back Jonathan Stewart and the offensive line and some tough competition.

His quarterback rating is 27th in the league, barely ahead of lesser-known QBs like Case Keenum, Blaine Gabbert and Ryan Fitzpatrick.

“We have been shuffling our offensive line, our top running back missed a game and I think that has a little bit to do with it,” Rivera said. “And when we play teams where we get their best shot.”

A year ago the Panthers were able to maintain the same starting line for most of the season, but this year it has been a game of musical chairs up front. Left tackle Michael Oher has missed seven games with a concussion, forcing right tackle Mike Remmers to move to Oher’s spot and Daryl Williams to step in at right tackle. Two-time All-Pro center Ryan Kalil has already missed two games and could miss even more after reinjuring his right shoulder in Carolina’s 23-20 win over New Orleans last Thursday night.

He has been sacked 25 times already after being dumped only 33 times all of last year.

The potent running game that finished second in the league a year ago has grinded to a halt, averaging just 69.3 yards rushing per game over the past three weeks. The Panthers ran for at least 100 yards in every game last season. Running back Jonathan Stewart, who missed three games with a hamstring injury, is averaging a career-low 3.3 yards per carry.

Newton said the dropoff in statistics don’t bother him, but the team’s win-loss record does.

“The most important stat In sport is if you are winning and losing,” Newton said Wednesday. “So I can really care less about point production and leading the league in scoring.”

“It’s a different season, a different year,” Newton said. “Here we are going into our 11th game and we’re still talking about last year. There’s no need for us to keep dwelling on it because it is what it is. It’s time for us to turn the page. We just have to focus in on in-game performance.”

Still, the Panthers talked at length during training camp about the sky being the limit with wide receiver Kelvin Benjamin returning from a torn ACL.

Benjamin has produced solid numbers, but the Panthers have taken a step back, going from first in the league in scoring to 12th.

Benjamin said he believes Carolina’s emotional loss to Denver in the regular season opener has had a “snowball effect” on the season and “I think that played a role in the stats.”

Added Remmers: “Last year I think a lot of people overlooked us a little bit and I think this year people realize we’re not just some team.”

The Panthers are seeking their fourth straight NFC South title, but are two games behind the Atlanta Falcons with six games remaining. Although they have won three of their last four games, the Panthers head West looking to find their stride on offense against two quality defensive teams in Oakland (8-2) and Seattle (7-2-1).

“Needless to say this is a must win for us,” Newton said.