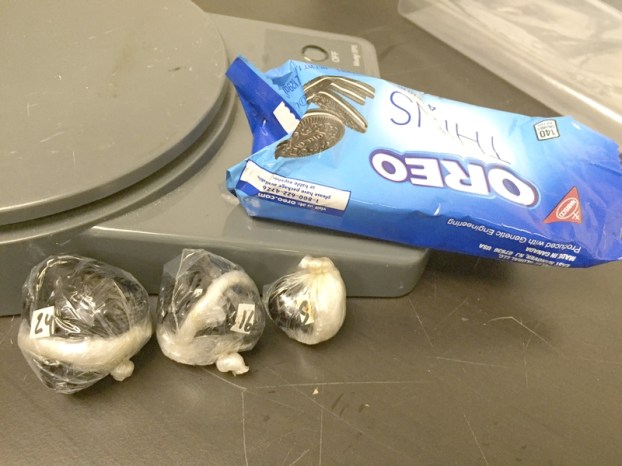 SALISBURY — Rowan authorities charged two people with trafficking heroin that officials say was obtained from Mexican drug suppliers. Officials say the multi-agency investigation let them to a woman and man who are responsible for supplying large amounts of heroin to Rowan County.

Cindy Barnes Dixon, 57, of the 1000 block of North Church Street, was arrested Friday after delivering 27 grams of black tar heroin to a location in southeastern Rowan County. Officials have been investigating Dixon for three years.

On Nov. 10, Joey Ray Butler, 40, of the 15200 block of Millingport Road, Locust, was charged by the Rowan County Sheriff’s Office following a traffic stop in southeastern Rowan County. He faces trafficking heroin by possession and transportation charges. Butler was placed under a $1 million secured bond.

During the past two weeks, the Rowan County Sheriff’s Office, assisted by the United States Department of Homeland Security Investigations and the Salisbury Police Department, arrested Dixon and Butler, both of whom have long criminal histories for narcotics trafficking in connection with supplying large amounts of heroin to Rowan County.

Rowan officials say information gleaned during the investigation showed that the two had been supplying heroin to Rowan County for years, and at least one overdose death was connected to their distribution. Both individuals face potential sentences ranging from 18.75 years to 23.25 years in prison and a fine of $500,000.

It was determined through the investigation that Dixon was obtaining significant amounts of heroin through Mexican drug suppliers in the Charlotte Metro area and then internally carrying the narcotics to Rowan County, where they were then distributed.

On Friday, investigators arrested Dixon following a delivery and traffic stop and then executed a search warrant at her Salisbury residence. During the search of the residence, investigators discovered 6.5 grams of heroin concealed in a Pillsbury biscuit container and a Ritz Bits container, both with false

Investigators seized almost $6,000 from Dixon’s residence and during a search of her vehicle. They say the street value of the heroin seized during the investigation was $17,000.

Investigators observed Butler meeting with Mexican National drug traffickers in Charlotte and followed him back to Rowan County, where he was stopped in a vehicle.