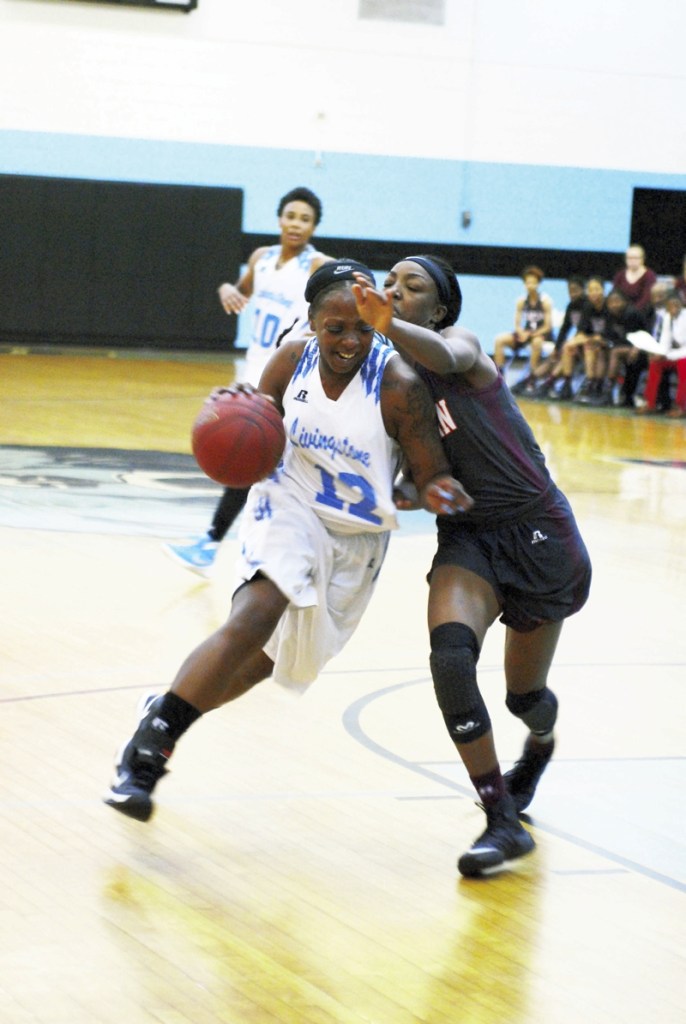 SALISBURY — Livingstone’s women’s basketball team built a comfortable, second-quarter lead against visiting Claflin on Tuesday — but it never did get comfortable.

Instead, the Blue Bears missed an opportunity to refuel their season and fell, 75-65, in their home opener.

“I don’t think we realized we had control of the game,” first-year coach Tiffany Silver said after Livingstone (1-3) suffered its third straight defeat. “The fact that we didn’t recognize that is the reason we lost.”

LC squandered a pair of eight-point leads in the second period, then missed all 14 of its field goal attempts in the third and watched a potential victory slip from its grasp.

“If we don’t tighten up real soon, we’re going to have some issues in the CIAA,” sophomore guard Zena Lovette said. “We’ve got to stay together, whether we’re down one or down 20.”

Claflin (4-1) regrouped after falling behind, 33-25, on Shannon Buchanan’s 16-foot jumper with 2:56 remaining in the first half. The Panthers used a 7-0 run — capped by Briana Chisolm’s late three-pointer from the left corner — to inch within a point at halftime.

“We’re a defensive-minded team,” winning coach Deont’a McChester said, after Claflin shot 51 percent from the field and out-rebounded Livingstone, 43-34. “In the first half, I was not happy with our effort. We did not take care of business. We let them take their shots and had what, 13 turnovers at halftime? That’s 13 chances at the basket we didn’t get.”

They did get chances in the second half. Led by junior Dominique Williams — who shot 7-for-10 from the field, drained four three-pointers and finished with a team-best 19 points — the guests took control of the game. Teammate NeBresha Hughes hit a pull-up jumper to put Claflin ahead 38-36 in the third quarter before Williams converted two free throws and two home run balls. Sandwiched around Jhontay Giles’ uncontested putback, the flurry gave the Panthers a blink-and-you-missed it 48-36 edge.

“No baskets in the third quarter,” Silver repeated when told of Livingstone’s shooting woes. “That shouldn’t happen. As coaches, we don’t have a problem with missing good shots. The problem is when you miss a good shot and go give up a good shot.”

Claflin took its biggest lead when Deja Dickens drove the right side for a layup that made it 55-40 with 8:26 to play. Livingstone treated it’s home crowd to an exciting finish, thanks mostly to the 17 fourth-quarter points junior guard Ari DeJesus poured in. But her best play was a soft feed to Lovette — a trailer on a runaway layup with three minutes remaining — resulting in a three-point play that trimmed the deficit to 66-60.

“Yeah, but instead of being hyped up by that play, we just kept trading baskets,” DeJesus said after contributing 20 points in 18 minutes off the LC bench. “That’s the problem. We’re so worried about messing up that we’re messing up.”

Silver said DeJesus’ performance wasn’t that surprising. “I thought I needed that performance in the first half,” she said. “That’s what I thought as a coach. I expect that from her. That’s the kind of player she is.”

McChester, for one, came away impressed with the Providence, R.I. native. “(DeJesus) is one of the most athletic guards I’ve seen at this level,” he said. “In the fourth quarter she won everything. If they had 10 more minutes, who knows? It might have been a different outcome.”

NOTES: Livingstone senior Brittany Taylor had 16 points, four assists and four steals, giving the Blue Bears three scorers in double figures. Giles had 14 points and 12 rebounds for Claflin. … LC plays its next six games on the road, beginning with a tournament this weekend in Fort Valley, Ga. It returns home Dec. 30 against St. Andrews.