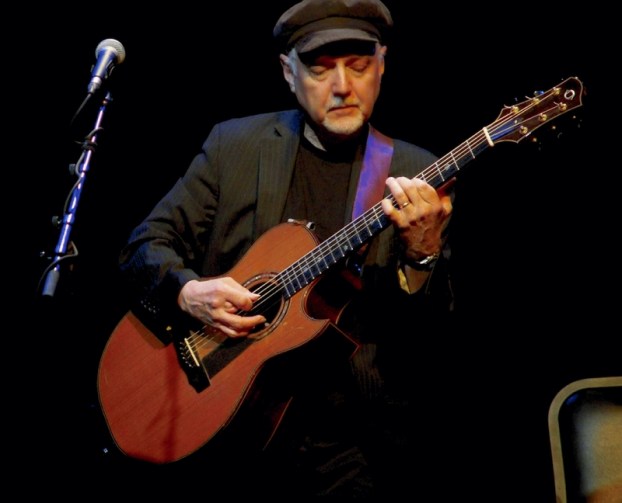 In the late sixties, two teenage musicians played together on stage at a popular night club, each taking turns churning out impressive licks on their electric guitars. One of the players was Joe Walsh, who would become lead guitarist for the Eagles. The other was Phil Keaggy.

Both of their bands, Walsh’s James Gang and Keaggy’s power trio Glass Harp, were based in northeast Ohio, and shared gigs afforded them opportunities for improvisational, no-holds-barred jamming. Joe and Phil quickly became friends and fans of each other’s music. Later, Walsh was quoted as saying, “I heard Phil play and said, ‘I’m not as good as I thought.’”

Phil Keaggy is a diminuitive 5’4” man whose appearance and humble, self-effacing personality paints a totally different picture than that of a rock ’n roll guitarist. He also is a nine-fingered player, a physical challenge he shares with the late Jerry Garcia of the Grateful Dead, having lost the middle finger on his right hand in a bizarre farm accident at age 4. And he has another amazing anomaly: Keaggy has never learned to read music.

When young Phil requested a set of drums for Christmas, his father couldn’t afford them, and instead brought home a more affordable instrument : a guitar. When a friend bought him a Fender Stratocaster, Keaggy began spending hours learning solos from his favorite tunes, and joined his first band at age 13.

In 1968, Glass Harp was formed with one of his school chums. After hearing the band, Grammy Award-winning producer Lewis Merenstein, who had released Van Morrison’s popular Moondance album, offered them a contract with Decca Records, the label that rejected The Beatles six years before. Keaggy and Glass Harp recorded several albums and toured extensively throughout the Northeast, drawing critical acclaim and opening for such big acts as Chicago, Yes, Traffic, Humble Pie, Iron Butterfly, Alice Cooper, and Grand Funk Railroad. The band’s pinnacle came in November 1971, when they shared the stage with The Kinks, playing to a sold out crowd at Carnegie Hall in New York City.

On Valentine’s Day 1970, Phil Keaggy experienced a tragedy and transformation that would change his life and music forever. Out on the road, he learned of a terrible accident in which his mom was in a head-on collision, leaving her in critical condition. Phil headed home, hoping for the best, only to have her pass away after just a few days. He and his family were devastated by this experience, but his older sister, who had recently become a Christian, helped to comfort them and offer hope by sharing her faith. A few days later, Phil attended a church with her and made a decision to accept Christ into his life. By the summer of 1972, Phil had become disillusioned with the rock-n-roll lifestyle, and decided to leave his band and embark on a new, exciting journey, releasing his first solo album the next year.

Over the four decades spanning his career, Phil has released over 60 albums, and had hundreds of collaborations with other musicians, including such legendary artists as Mark Farner (Grand Funk); Kerry Livgren (Kansas); Nedra Ross (The Ronettes); and Mickey Dolenz (The Monkees). Instrumental guitar projects have become one of his hallmarks and legacies, and they comprise over half of his solo releases. Keaggy’s eclectic style spans a wide range of genres, including rock, blues, jazz, classical, English and Irish folk, and Spanish music.

Phil Keaggy experienced a lifetime dream when he was invited to perform at the wedding of Laura Eastman, Paul McCartney’s sister-in-law, in 1991. During this time, Phil met the ex-Beatle and was able to present him the gift of a special acoustic guitar.

Keaggy has earned many accolades throughout his career: Grammy nominations and several Gospel Dove music awards; recognitions by Guitar Player and Rolling Stone magazines as one of the top guitarists in the world; an exhibit and performance at the Rock ‘n’ Roll Hall of Fame; being named the Greatest Christian Rock Guitarist, topping a list of 100 guitar players; and induction into the Gospel Music Hall of Fame.

Phil is grateful for his music career, but muses, “I’ve been married 43 years. I have three beautiful grown children. And I wouldn’t trade that for any success or accolade in the world.” In recent years, he left his national recording company and became an Indie artist, recording and producing albums in his own home studio, and cut out longer road tours, accepting only weekend concert dates.

Phil appreciates his audiences, and, although he plays occasional band dates, he enjoys solo acoustic shows because he feels that he can communicate with fans more easily, and has the artistic freedom to “pull-out-of-the-hat” whatever songs may be appropriate in a particular concert situation. He jokes that he has a song list, but it is seven pages long, spanning a period of 45 years.

Phil Keaggy turned 65 this year, and while looking back on an illustrious career, feels he still has much to look forward to in the years to come. He thanks God for not only his career, but for who he is as a person and musician, and says, “I am a creative and spiritual person — and I’m still under construction.” Content to take it one day at a time, he wishes to enjoy wherever his life and music lead him next. As one of Keaggy’s songs reflects, “Each day at a time, whatever life demands, I’ve just begun.”

Bob Wingate is a concert promoter, guitar instructor, and free lance writer living in Salisbury. He has also attended over 25 Phil Keaggy shows.

For years, I’ve been watching people in my favorite local eatery order livermush with their eggs for breakfast. Not even... read more