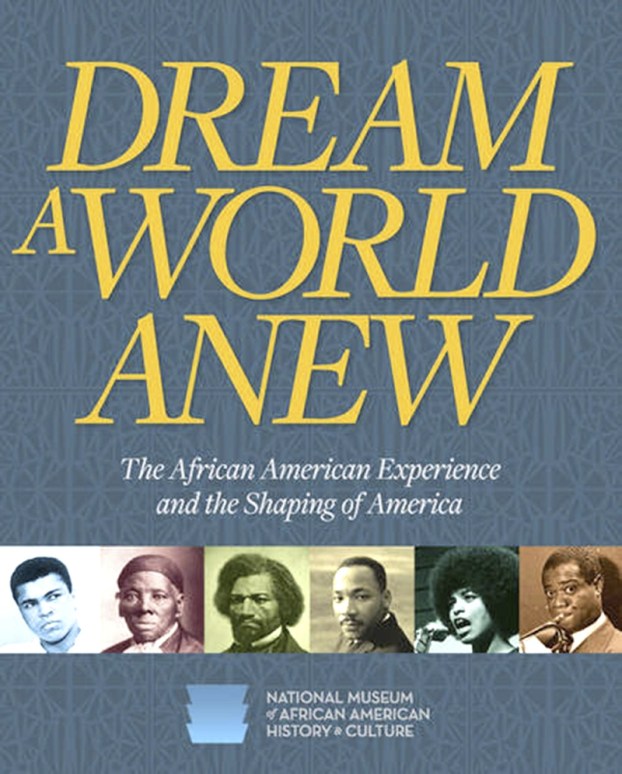 Coffee table books for any taste

Christmas is time for big gifts, showy gifts. Ideal for giving a coffee table book, one that’s decorative and interesting.

Here is a selection of some of those books for Christmas 2016.

“Dream A World Anew” is the stunning gift book accompanying the opening of the Smithsonian National Museum of African American History and Culture.

The second half celebrates African American creativity and cultural expressions through art, dance, theater and literature. Sidebars and profiles of influential figures including Harriet Tubman, Robert Smalls, Ida B. Wells, Mordecai Johnson, Louis Armstrong, Nina Simone and many others, provide additional context and interest throughout the book.

“The Lyrics,” A beautiful, comprehensive volume of Bob Dylan’s lyrics, from the beginning of his career through the present — with the songwriter’s edits to dozens of songs, appearing here for the first time. The Nobel Prize winner is one of the most important songwriters of our time, responsible for modern classics such as “Like a Rolling Stone,” “Mr. Tambourine Man” and “The Times They Are a-Changin’.” Well known for changing the lyrics to even his best-loved songs, Dylan has edited dozens of songs for this volume, making “The Lyrics” a must-read for everyone from fanatics to casual fans.

“David Bowie Play Book,” the ultimate collector’s coloring and activity-book dedicated to the clothes, songs and key people and places in the career of legendary superstar David Bowie. From the 1960s until his death in 2016, he created a series of fictional figures, imagining them in full, designing, and translating them on stage, giving each its unique identity. “David Bowie Play Book,” an activity book on the life and times of David Bowie.

The clothes, faces, and music of those years become subjects to color in, paper-dolls to dress, and board games to assemble in this, the ultimate collector’s activity-book to be approached with glue, scissors and coloring pencils, dedicated to all the fans of the legendary superstar.

“The Rolling Stones: All the Songs,” a comprehensive visual history of the band as told through the recording of their monumental catalog, including 29 studio and 24 compilation albums, and more than a hundred singles.

Since 1963, they have been recording and touring, selling more than 200 million records. While much is known about this iconic group, few books provide a comprehensive history of their time in the studio.

In “The Rolling Stones All the Songs,” authors Margotin and Guesdon describe the origin of their 340 released songs, details from the recording studio, what instruments were used, and behind-the-scenes stories of the great artists who contributed to their tracks. “The Rolling Stones: All the Songs, the Story Behind Every Track,” a guide to the songbook of the iconic rock band.

Organized chronologically by album, this massive, 704-page hardcover begins with their 1963 eponymous debut album recorded over five days at the Regent Studio in London; through their collaboration with legendary producer Jimmy Miller in the ground-breaking albums from 1968 to 1973; to their later work with Don Was, who has produced every album since Voodoo Lounge.

Packed with more than 500 photos, All the Songs is also filled with stories fans treasure, such as how the mobile studio they pioneered was featured in Deep Purple’s classic song “Smoke on the Water” or how Keith Richards used a cassette recording of an acoustic guitar to get the unique riff on “Street Fighting Man.”

“Hollywood Icons” features 200 photographs focusing on the great faces that drew moviegoers around the world into theaters by the tens of millions. Chaplin, Mary Pickford, Gloria Swanson and other luminaries of early silent film are depicted in splendid photographs revealing the potency of their allure that is obvious even today.

Silent stars such as Garbo and Crawford, who rose to even greater cinematic heights when the movies began to speak, are featured in images showing how those two faces were magically transformed into thrilling exemplars of 1930s glamour.

The fashionable male may be making a comeback, but early fashion trends centered around what men, not women, were wearing. “Reigning Men” traces the history of men’s fashion since the 18th century, when young Englishmen imitated foreign dress and manners after touring the European continent.

In addition to numerous illustrations of extant menswear, the book captures the 19th-century dandy, a more restrained brand of expensive elegance which became the hallmark of Savile Row; the post-WWII mod, who relished the colorful styles of Carnaby Street; and the 21st-century man, ultra-chic in a sleek suit by day, wearing a flowered tuxedo by night.

Reigning Men illuminates connections between history and high fashion, traces cultural influences over the centuries, examines how uniforms have profoundly shaped fashionable dress, and reveals that women aren’t the only ones who cinch and pad their bodies. Beautifully produced and lavishly illustrated, this eye-opening book will certainly appeal to men and women alike. “Reigning Men, Fashion in Menswear,” a guide to the history of men’s fashion.