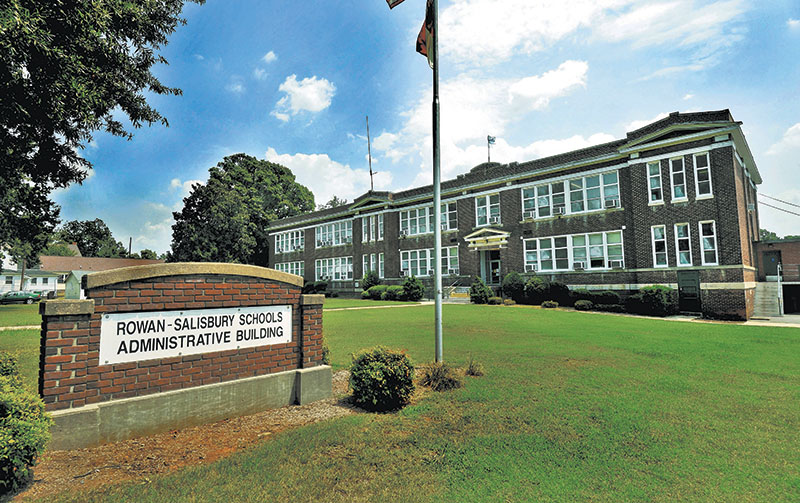 EAST SPENCER — On Monday, the Rowan-Salisbury Board of Education voted unanimously to accept the town of East Spencer’s offer for the district’s former offices on North Long Street.

The building, located in East Spencer, was the object of a tug-of-war between East Spencer and the Essie Mae Kiser Foxx Charter organization, which split off from the Paul L. Dunbar group.

While the town wanted to use the building, and its acreage, to attract businesses, the Kiser Foxx group hoped to transform it into a charter school and community center. The town of East Spencer is currently the only municipality in Rowan County without its own school, and has been without one for approximately 30 years.

After the building was put up for sale in spring, East Spencer Mayor Barbara Mallett asked the board to delay accepting any offers until the end of the year. Monday the board suspended that request and accepted the town’s bid of $10,000.

“I think it worked it out very well for us. Because what we needed was time and what we got was time,” Mallett said.

East Spencer has been in talks with the town about the Long Street office since 2014, when the board began moving forward with construction of its new central office on North Main Street. According to the purchase agreement, East Spencer will pay the board $2,000 on the date of closing, set for some time in December, and will pay off the remaining $8,000 over the next two years.

The Kiser Foxx charter organization is looking to other locations for a home, but said they hope the building will be used to benefit the community.

“We are so glad to hear that this iconic building will remain in the hands of the people of East Spencer,” charter board member Whitney Peckman wrote in an e-mail. “We hope, of course, that it will become a true community center where the young can gather with their families for activities, learning and conversation. It has the potential to become the heart of East Spencer, a place where families will be glad to share their dreams and their history. We look forward to seeing it happen.”

It’s been a long road for the town. Over the past several years, questions have been raised about East Spencer’s ability to maintain the building. According to Assistant Superintendent of Operations Anthony Vann, the office costs roughly $1,500 a month in upkeep.

But Mallett said the town’s ability to keep the lights on was one of the negotiating points of the sale, and that the town board has budgeted the expense and will be able to pay monthly fees for electricity, security, insurance and grounds maintenance.

However, the fate of the building is still up in the air. East Spencer in spring received a Brownfield grant, which provided $400,000 to do an assessment to find possible uses for the property. The town is also working with the Development Finance Initiative with the UNC School of Government to find a suitable use and potential investors.

At one point, there was some discussion of turning the property into a senior living facility, but Macon Sammons, projects and grants manager for East Spencer, said the town has not made a decision. Moving forward, East Spencer will be negotiating with private developers to discover an appropriate use for the property.

Mallett said the town is searching for a “viable plan to enhance the town’s tax base” and to benefit the community. East Spencer is also looking to formulate a plan to address six to eight sites along Long Street for redevelopment.