Ballot challenges filed across NC, but Rowan waiting for DMV 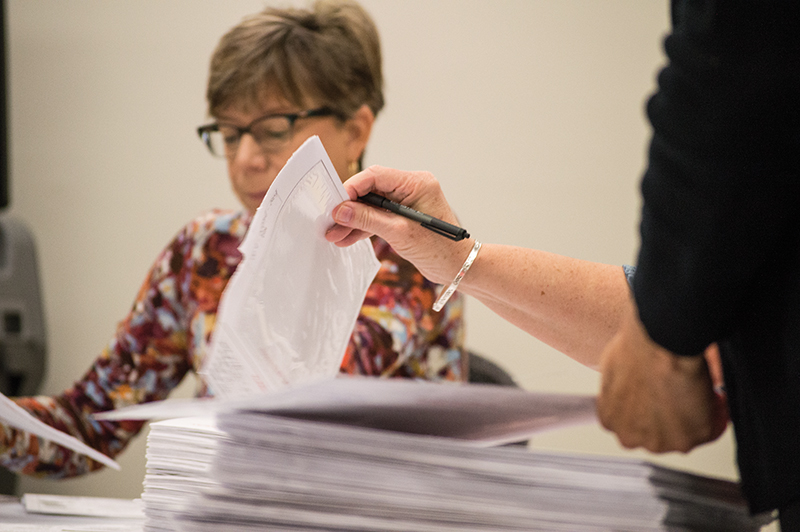 SALISBURY — Find a Division of Motor Vehicles office and you may find long wait times, but it’s rare to see the DMV delay an election.

Like all other counties, Rowan is waiting for the DMV before it can finalize vote totals.

In late October, a federal judge ruled that votes must be counted from people who registered at DMV offices unless the agency proves people refused to register. That court order forced the Rowan County Board of Elections to delay a final approval of election results, scheduled to occur on Friday. Just before the meeting was scheduled to occur, Rowan Elections Director Nancy Evans said she had not received a list of voters from the DMV.

Rowan Board of Elections Chairman Dave Collins on Friday said 431 provisional ballots have not been approved or denied. Collins said the board would make a decision about remaining ballots after receiving the DMV list.

In a news release, State Board of Elections Spokesman Patrick Gannon said “many, if not all, counties” also were expected to delay final approval of election results — called canvass. Evans said it’s the first time she recalls a court decision delaying Rowan County’s canvass.

Before delaying canvass on Friday, the Rowan County Board of Elections approved 355 provisional ballots. The board also wrapped up approval of mail-in absentee ballots. Approved votes didn’t change results of races in Rowan County. Ballots approved in the future are also unlikely to change results.

McCrory has received 40,605 votes in Rowan County, according to totals posted Friday. Cooper sits at 21,498 votes. Since election day, McCrory has gained 183 votes through absentee and provisional ballots. Cooper has gained 101 votes locally.

The governor’s race is much closer statewide — less than half of a percent.

A minuscule margin also exists in the state auditor’s race, where Republican Chuck Stuber trails Democrat Beth Wood by less than 4,000 votes. Stuber has already announced his intent to ask for a recount.

Statewide recounts can occur if a candidate trails by 10,000 votes or fewer. The auditor’s race meets that criteria, but the governor’s race is slowly inching out of recount territory. On Friday afternoon, State Board of Elections results showed Cooper leading by roughly 6,300 votes. The Cooper campaign, which said it had a more up-to-date tally, reported Cooper’s lead at 7,448 votes.

Marc Elias, an attorney for Cooper’s campaign, said McCrory could win all of the challenges filed by his campaign and still lose the election.

McCrory cannot “undo what is basic math,” Elias said. Mocking McCrory, Elias coined a nickname for challenges filed by the Republican’s campaign — the “50-county challenge program.” During a press call with reporters, Elias repeatedly referred to Cooper as the Governor-elect.

“Roy Cooper is making presumptuous statements based on piecemeal results from a handful of Democrat-leaning counties in order to deflect attention away from serious voter fraud concerns that are emerging across the state,” Diaz said in an emailed statement.

Diaz accused Cooper of fighting to count votes of dead people and felons.

Although the Cooper campaign expressed confidence the several-thousand-vote lead would hold, official results won’t be known until all 100 counties certify election results. The State Board of Elections is scheduled to meet at 11 a.m. Tuesday, Nov. 29, for the statewide canvass.

Rowan County’s canvass has been rescheduled to Monday at 5 p.m.