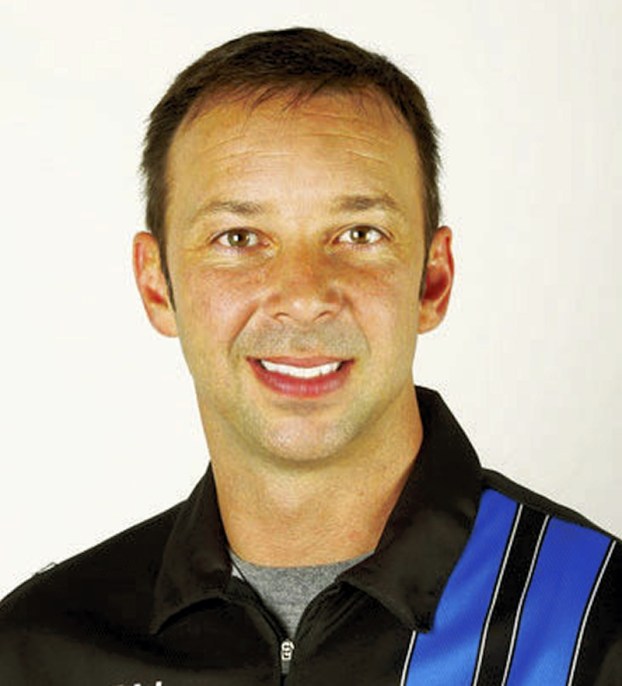 Seventh title would give Chad Knaus his own spot in history

CHARLOTTE (AP) — Chad Knaus will act as if this shot at a record-tying seventh championship is just another race, and that he has barely thought of what it means for his place in the record books with Jimmie Johnson.

Knaus has already led Johnson to a record five straight titles, six overall, and is now aiming to be the first crew chief in history to win seven NASCAR titles with the same driver. Hall of Fame crew chief Dale Inman won eight, but not with one driver.

Knaus will downplay this until the bitter end — even if he hoists the championship trophy with Johnson on Sunday night at Homestead-Miami Speedway.

“I guess I really don’t know what I want my legacy to be,” Knaus said Wednesday. “I guess just to be remembered as a real racer, I guess, more than anything. I was a grass-roots racer from the Midwest who got an opportunity … (and) was able to work my way up methodically. For people just to remember that I started out as a racer and ended as a racer is probably my biggest goal.”

If it’s Johnson, he will tie Richard Petty and the late Dale Earnhardt as the only drivers with seven titles. But he’ll have it done it with a team that Knaus built from the bottom, and the No. 48 team would be the first to win seven titles with the same driver, crew chief and sponsor.

Knaus admits that distinction would make it “even more phenomenal.”

“It’s been an honor to be able to work with Jimmie, Lowe’s and Hendrick Motorsports throughout this portion of my career,” he said. “Being able to represent this company and our associates the way that we have has been a lot of fun. To Jimmie personally, obviously he is by far one of my best friends, and to be able to have seen him grow and mature into the driver and the family man that he is has been awesome. It’s been a great ride.”

Kyle Busch hand-picked Adam Stevens to be his crew chief when Joe Gibbs Racing made personnel changes after the 2014 season.

The two had clicked working together in the Xfinity Series, and Busch felt Stevens could be the one to lead him to a championship. They succeeded last year, rallying from a deep hole after Busch missed a third of the season with injuries suffered at Daytona. Now they are back in the finale trying to become the first repeat winners since Johnson reeled off five consecutive titles.

Stevens said he and Busch have not focused on the back-to-back opportunity.

“We haven’t talked about that specifically, but the chances to win a championship in this sport aren’t going to come every year,” he said. “When you get that chance, you want to make sure that you’ve turned over every stone and taken every turn that you can to try to make it happen.

“You know, back-to-back, or once every 10 years, or however often you can find yourself in this opportunity with a shot to win is colossal.”

Dave Rogers has worked for Joe Gibbs Racing for 18 years. During that time, he watched Bobby Labonte win a championship, and was a team member on Tony Stewart’s crew when Stewart won two titles. A crew chief change at JGR moved him off of Kyle Busch’s team last year and Busch went on to win the title.

Now Rogers is finally in the championship hunt on his own, with Carl Edwards, and he’s ready to lead a team to a title he can call his own.

“There’s lots of experiences, successes and failures that prepare you for this,” Rogers said. “There’s a handful of championships that I’ve witnessed. This is obviously the first time that I’ve gone to Homestead personally as a crew chief prepared to race for the championship, but there’s a winning pedigree here at JGR and everyone’s open notebook policy has prepared me well for this weekend.”

Rogers didn’t make it to the finale as crew chief for Busch or Denny Hamlin. Edwards lost the 2011 championship to Stewart on a tie-breaker. They both feel like past experience has them prepared for Sunday.

“We’ve both been in situations where we’ve come up short, and we know what it’s like to lose,” Rogers said. “Now we want to go down there and try to figure out how to win it. I know Carl was disappointed last year that he fell short. The 11 (Hamlin team) was disappointed last year that we fell short, but now we’re teamed up together, our first year together, we’re going down there with the option to win it, and we’re just excited about it.”

Joey Logano and Todd Gordon thought they were ready to win a championship when they raced for a title in 2014.

Then one bad pit stop ended their chances. With that experience behind them, Gordon believes they have the mental toughness to win the title.

“I think in 2014, that was when we went through this the first time. Not knowing what to do or what to expect or how it was going to flow out, the championship race, race weekend,” he said. “This time around … I think it’s matters as usual.

“I feel a lot of calm from his feedback and what he’s saying and what he’s doing and the mannerisms. He’s all (about) just making this another race, and I think in a great position.”