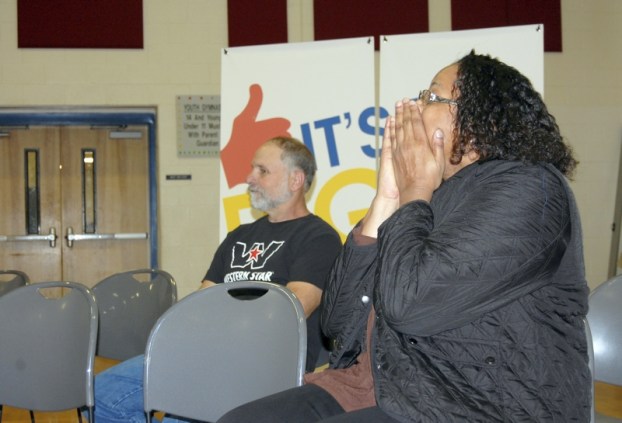 SALISBURY — After months of hard work, the Rowan County United Way exceeded its $1.5 million goal, and more funds are projected to come in.

The United Way held its finale meeting at the J.F. Hurley YMCA on Wednesday and was able to report the good news.

“I challenged you at the first report meeting and you met that challenge, so thank you for that,” said Penny Greer-Link, campaign chair.

“I know there was a time or two at the report meetings I wasn’t the peppiest person,” Greer-Link said. “…My only concern at those times was for these agencies.”

The United Way supports 16 agencies in the county, including the American Red Cross, The Arc of Rowan, Community in Schools and Meals on Wheels. The agencies provided services to more than 71,000 Rowan County residents in 2016.

During report meetings, representatives of different agencies told stories that gave attendees a taste of the kinds of things they encounter and the people they help every day. All of them said they would not be able provide their services without the United Way.

The theme for this year’s campaign was “It’s the Right Thing,” and Greer-Link said they chose that message because they believed what the United Way does for agencies is the right thing to do.

She said she wanted the slogan to carry on.

“Just because the campaign is over, doesn’t mean we stop doing the right thing,” Greer-Link said.

The winner of the car drawing was also announced during the finale. With 12 finalists, Wiletha Ward, an assembler at Daimler Trucks North America, won a car from Team Chevrolet.

Ward said she was at a loss for words.

The Sacred Heart Catholic School cheerleaders performed a cheer to celebrate the United Way. The school raised $1,935 during its campaign.

Afterwards, Greer-Link announced that Martha Bostian won the Jackie Award for this year, honoring her enthusiasm and hard work during the campaign.

Greer-Link said Bostian, who raised funds from community businesses, visited almost every business in town and asked everyone she could to donate.

Bostian said she appreciated the award because she believes in the United Way’s mission.

“I just love being recognized for doing the right thing,” she said.

At the end of the meeting, Greer-Link reminded attendees that the services provided by the agencies are used every day, and no one knows when they themselves may be in need of one of those services.

“Helping those individuals doesn’t stop today,” Greer-Link said. “The right thing to do is to continue to help these agencies.”

By Josh Bergeron josh.bergeron@salisburypost.com SALISBURY — With an opening bid of $20,000, prospective buyers have jumped at the chance to... read more