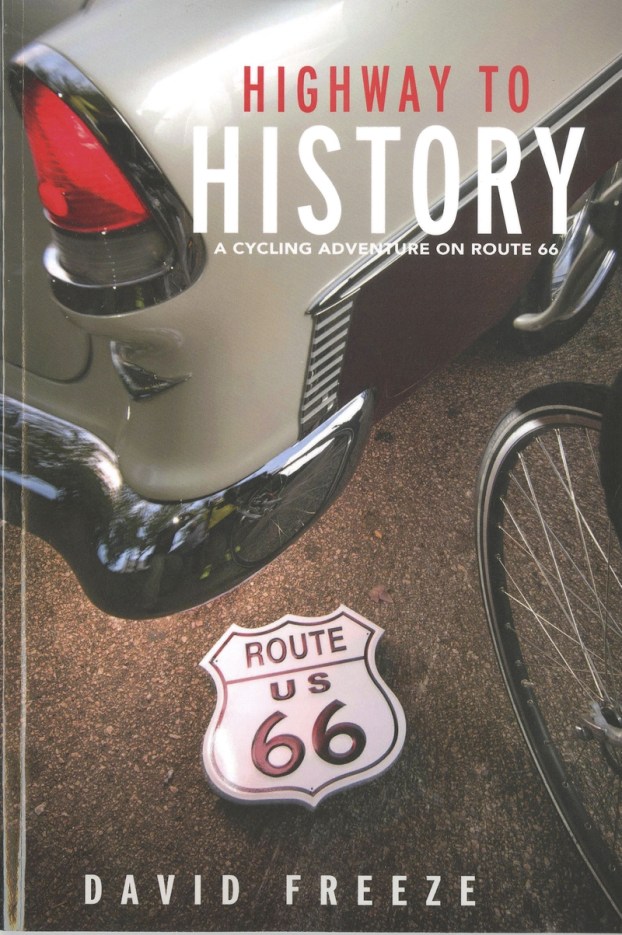 David Freeze will sign his book about his bicycle journey along Route 66 on Friday night at South Main Book Co. in downtown Salisbury.

David Freeze to sign book about Route 66 trip on Friday

“Highway to History: A Cycling Adventure on Route 66,” is David Freeze’s new book about his latest cycling adventure.

More than a collection of the columns that were published in the Salisbury Post, Freeze goes into detail about his route, the sights he saw and the people he met. He talks about the blistering heat of a trip out west in the summer of 2016, about his health concerns and how he prepared for a healthy, enjoyable trip.

The highest temperature he encountered was a whopping 117 degrees. He spent at least five days pedaling 100-plus miles and crossed the Mojave Desert.

He took a brief tour of the Grand Canyon, saw the Blue Whale, Cadillac Ranch and more.

He successfully navigated the streets of Los Angeles, the steep hills of the West and the bumpy, almost-forgotten patches of Route 66.

He writes that this trip has been the most special so far. He is already planning a trip for the summer of 2017, trying to visit the northern tier of states and finally seeing all of the Great Lakes.

He enjoys the simplicity of traveling light and planning — or not planning — his journey to get the most out of it.

Editor’s note: The charge described below against Seku Mohammed Sheriff was dismissed and his record expunged, according to court records. ... read more