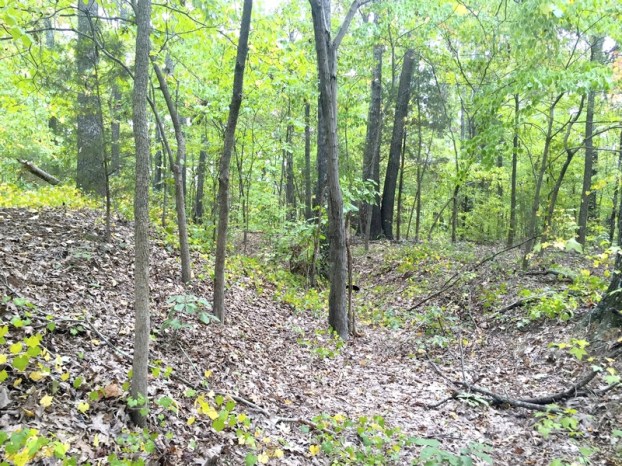 Submitted photo Some of the land in the Fort York area, which was trasnferred to Davidson County through the LandTrust of Central NC.

The LandTrust for Central North Carolina has transferred Fort York, one of North Carolina’s most significant historic sites, to Davidson County.

Fort York is known by many as the site of the last Confederate victory of the Civil War. Located along the banks of the Yadkin River, the site houses approximately half of the historic Civil War fort used to protect the Yadkin River Rail Bridge.

A conservation easement on the property, part of the terms of the sale, assures that the property will be protected in perpetuity. Davidson County plans to eventually open the site to the public for educational purposes and, along with other significant historic sites in the region, it will be promoted as a historic and recreational tourist destination.

“The significance of the work of so many and the successful accomplishment of this long desired preservation and conservation effort is a tribute to all involved over the years but it is especially satisfying that The LandTrust for Central North Carolina is the organization that consolidated all of these many efforts to save Fort York,” said Darrell Hancock, president of The LandTrust for Central North Carolina.

“Now, with easements in place and the stewardship of Davidson County, we can look forward to years of sensitive interpretation of the site and its permanent protection while at the same time making it available to the general public for enjoyment, study and recreational uses.”

Fort York fits into a patchwork of other historic areas nearby. From Native American use of the Trading Ford just below the Fort, to the crossing of Nathaniel Greene’s troops about 1/2 mile south as they escaped the pursuit of Cornwallis’ men, to the exploits of Daniel Boone who hiked and canoed all around this site, to the Civil War skirmish in 1865, to the Industrial Revolution’s impact of roads and factories and power plants adjacent, truly the story of America can be told from the high bluff overlooking the Yadkin River at this site. Thanks to private funding and a grant from the NC Clean Water Management Trust Fund, The LandTrust was able to buy the site in July 2015. The transfer to Davidson County is part of the long-term conservation strategy for this unique historic site.

“Davidson County is excited to assume ownership of the Fort York property to use as a historical park for all citizens to learn about their heritage,” said Guy Cornman, Davidson County planning director. “The property is a significant contributing element of the Yadkin River Crossings Historic District and will be a part of Davidson County’s ongoing efforts, along with the preservation of the historic Wil-Cox Bridge, to build a successful recreation and tourism asset.”

Reminders for a safe hunting season