Curtises earn ‘Historians of the Year Award’ from state society 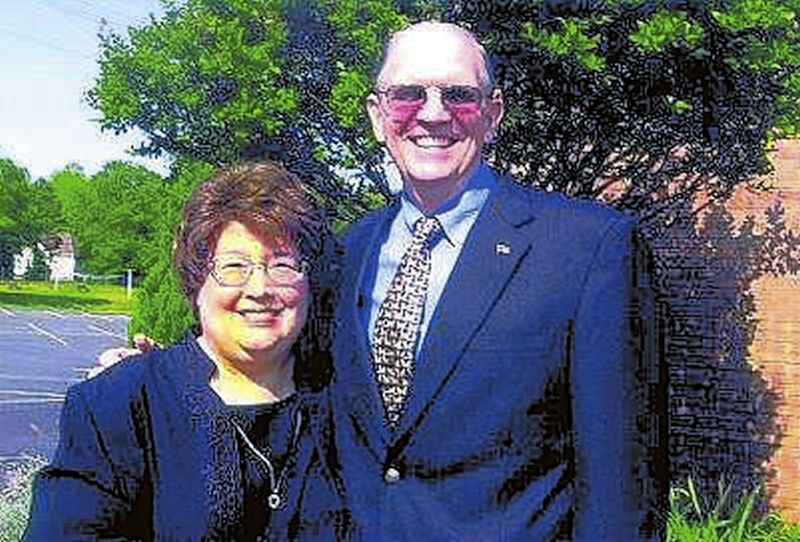 Ed and Sue Curtis of Salisbury received the 2016 Historians of the Year Award Nov. 5 from the North Carolina Society of Historians.

The award recognizes the Salisbury couple’s valuable contributions toward the collection, preservation, and perpetuation of North Carolina’s rich history. This award is the highest honor given by the society, and this was the first time the group presented two Historian of the Year awards to a couple.

The N.C. Society of Historians, established in 1941, held its annual awards program at the Stone Center for the Performing Arts in North Wilkesboro.

This year’s program marked the diamond anniversary of the organization’s founding. Awards were presented by President Elizabeth Bray Sherrill to those sharing the history of people, places and events in North Carolina.

The Curtises each won another award.

The symposium featured a Friday banquet and lecture by author Roger Pickenpaugh of Ohio; lectures on Saturday by Dr. Gary Freeze and Greg Cheek of North Carolina, Mary Anne Gorman of Massachusetts, Bruce Smith of Indiana, and Joan Fuess of New York; a Saturday tour of Fort York conducted by members of the LandTrust for Central North Carolina; two Sunday memorial services with the 40th N.C. Regiment, Patterson’s Battery; and a tour of the prison site with the Curtises serving as guides.

Those attending the symposium came from nine states and Canada.

This eight-page quarterly newsletter is distributed to members in the United States, Canada and South Korea, in addition to selected libraries and museums.

The past year’s newsletters included historical information gathered from official records, publications, letters, and diaries; biographies with images of a Michigan and New York POW and guards from Lincoln and Surry counties; the 10th annual list of historical books that reference the prison or those who were there; an 1865 calendar; and several sketches of the prison.

The editor included announcements about tours of the prison site and talks given by members in North Carolina, New York and Virginia; donations made to the Hefner VA Medical Center for hospitalized veterans; books written by members; a poster project in which the SCPA located members who were descendants of those connected to the prison in cooperation with the Historic Salisbury Foundation and the Rowan Museum; and wreaths placed during public and private memorial services.

The Curtises’ interest in learning more about the Civil War period has taken many paths but for the past 20 years they have been studying and sharing about the only military prison located in North Carolina by the Confederate Government.

Each year, they give of their time to find symposium speakers who can provide information directly related to the prison or those who were there, develop and distribute publicity, locate venues, design programs and communicate with attendees.

They also volunteer their time to the SCPA Inc. by writing and editing its quarterly newsletter, designing displays and working on fundraising projects for another archaeological dig, a museum and learning center and a memorial site.

The Curtises have given tours of the prison site to individuals and groups and have presented slide presentations about the prison as far away as New York.