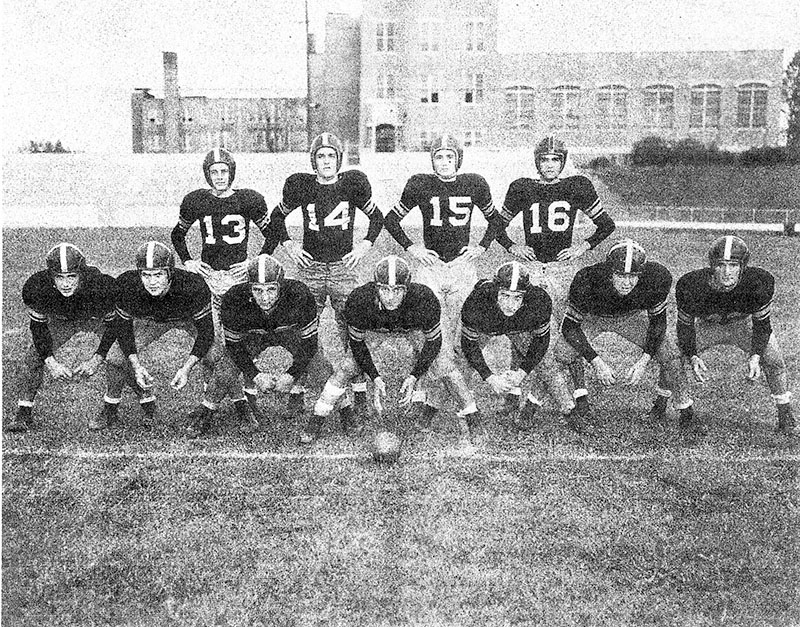 This photograph, provided by Rodney Calloway, might be familiar to many Boyden High School (now Salisbury High) alumni. It shows the 1949 Boyden High football team that played the first game in the new Boyden High Stadium. The stadium was later named Ludwig Stadium for Bill Ludwig, who was coach of this team. In the first game played in the stadium, Boyden High defeated Charlotte Central High by a score of 7-6. Calloway, a junior then, says he is the only guy still living from this team. Calloway notes the size of players was much different then. The members of the line that season averaged 165 pounds. The backs — those guys in the back of this photo — weighed an average of 155 pounds. Guys pictured included in the front row, left to right, Calloway, an end; Jerry Kincaid, tackle; Bill Peeler, guard; A.L. Gobble, center; Wayne Herrelson, guard; Bruce Rendleman, tackle; and Paige Lyerly, end. The backs in the top row were Don Godwin, Jerry Barger, Bob Gardner and Bob Ritchie. Calloway says this photograph appeared on the back of the 1949 season program and was also in the Salisbury Evening Post the week before the first game.