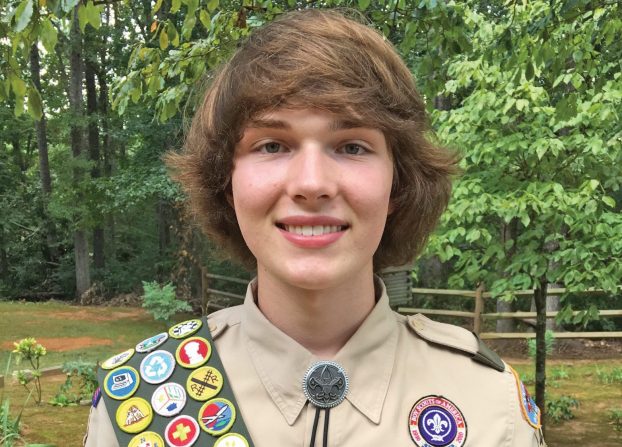 The parents of Logan F. McNeely are proud to announce his accomplishment of Eagle Scout.

In first grade Logan joined Cub Scout Pack 330 at Centenary United Methodist Church in Mount Ulla. There he earned his Tiger and Bobcat.

Afterward, Logan transferred to Pack 476 at St. Marks Lutheran Church and earned his Wolf and Webelos, where he earned the Super 20. During those times he earned the highest rank in Cub Scouts, which is the Arrow of Light, on March 29, 2011. At that time, Logan crossed over from Webelos to Boy Scouts and on April 25, 2011 he officially became a Boy Scout. In 2015, Logan’s troop was relocated to Thyatira Presbyterian Church.

Logan earned The Order of the Arrow, which is Boy Scouts of America’s National Honor Society.

During his ten years in scouting he earned a total of 36 badges and three awards in kayaking, snorkeling, and stand-up paddle boarding.

For his Eagle Scout project, Logan planned and designed a gravel walkway with multiple sizes of stone mold paw prints. This was placed where the animal’s feet would not get muddy.

Logan is a junior at West Rowan High School. He is a member of Neel Road Baptist Church in Salisbury and is very active in the youth program there.

Wade and Ruby Leazer celebrated their 50th wedding anniversary on Nov. 12, 2016 with a family dinner hosted by their... read more