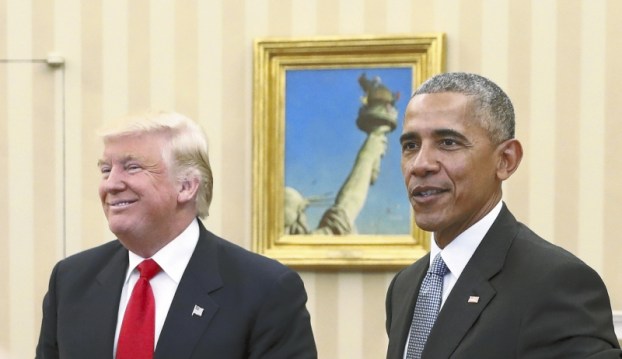 Dr. Ada Fisher was all-in for Donald Trump long before most Republicans came around.

“You people don’t get it,” the Republican National Committeewoman said last month during one of her occasional newsroom visits. “You don’t understand how angry people are.”

She said she got an earful of it while she was working in the local Republican headquarters.

She shook her head at the thought. The  movement produced a slight rattle from all the “Made in America” and Trump-Pence tags and buttons on her red “Make America Great Again” ball cap.

Count on Dr. Fisher to be colorful and generate noise. Black, Jewish Republicans  are rare, and she doesn’t mind drawing attention.

Anyway, she was partially right. I have not experienced a layoff or any other misfortune to make me feel let down, ripped off or left behind.

But frustration over the uneven economic recovery has been evident in Salisbury-Rowan. If we didn’t know it on our own, we could sense it from the letters to the editor and My Turn columns pouring into the Post.

You know a candidate has hit bedrock values when lots of handwritten letters come in from people who don’t use computers —the Greatest Generation and their immediate relatives.

Faith in Donald Trump to fix all that ails America was complete among the letter writers, no matter what he said or who he was accused of groping. Enthusiasm for the candidate took a pause after the Billy Bush tape surfaced, but it soon picked up again and gained even greater momentum.

The letter writers’ dislike of Hillary Clinton was palpable. Visceral, even.

A few people submitted letters in support of the Democratic nominee. But true to the current rural-urban divide in U.S. politics, Rowan County was clearly going for Trump on Nov. 8. It felt like the state would, too.

Last Wednesday, the morning after the election, Dr. Fisher returned for an I-told-you-so visit. As we talked I could see her looking over my head from time to time at the TV screen on the wall.

Hillary’s coming on, she said. I turned around and  we watched as Clinton talked about the pain of losing and about Trump’s victory. “We owe him an open mind,” she said, “and the chance to lead.”

In the breakroom that afternoon, a co-worker looked up from her smartphone to ask a question. “You’ve been around a long time,” she said. “Do you remember people protesting after an election like this?”

I wasn’t sure. Plenty of people said Barack Obama was not their president in 2008 (and ever since), but I don’t remember angry crowds taking to the streets. They formed the Tea Party instead.

The only thing akin to the fear-of-Trump revolt was reaction to the Reagan revolution that was promised in 1980. How could Ronald Reagan, a mere actor and celebrity, run the country, some people asked. (His two terms as California governor didn’t seem to register with them.)

A new breed of conservative, Reagan embraced the theory that, if the government would just cut taxes, wealth would trickle down from corporations and the wealthy to the masses. Meanwhile, public assistance programs should be cut.

That caused alarm in some corners and derision in others. But we didn’t have social media back then to egg each other on. Not-my-president hashtags were decades away. So people muttered and griped. And life went on pretty much as normal, if memory serves. Maybe I was too busy raising small children to notice. (I do recall a controversy over ketchup counting as a vegetable in school lunches — what would Michelle say about that now? But that’s another story.)

Trump may be softening on his popular hard-line stances. He has already said he wants to keep some aspects of Obamacare, such as parents’ ability to keep kids on family insurance longer, and insurers’ inability to deny coverage based on pre-existing conditions. I predict Obamacare will be repealed and replaced with something suspiciously similar. Trumpcare, perhaps?

And here’s a scoop. Newt Gingrich told one interviewer last week that Trump probably won’t spend much energy trying to get Mexico to pay for a border wall. “But it was a nice campaign device,” Gingrich said.

Device? I never thought Trump could pull that off, but millions took him at his word — and cheered.

Words matter, as the president-elect is finding out. For the next four years, Trump’s every utterance will be amplified and analyzed, picked apart and repeated like an edict carved in stone.

Welcome to the presidency, Mr. Trump. Here’s your chance to lead. Don’t blow it.

By Beth McKeithan Special to the Salisbury Post Recently we have received many questions regarding our prevention programs here at... read more