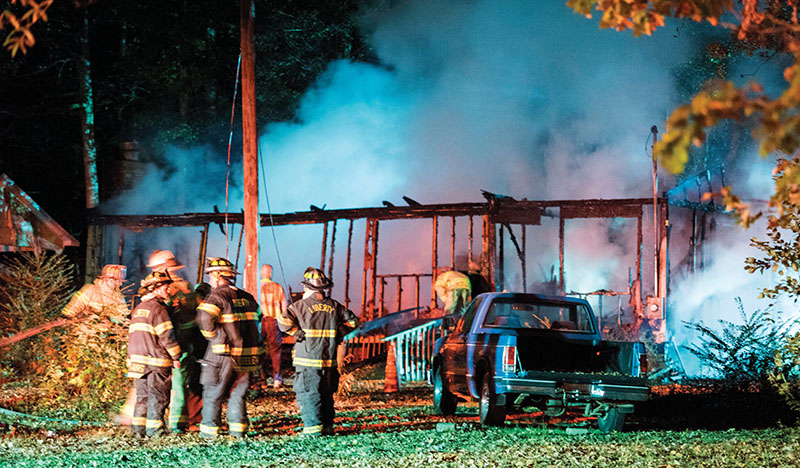 LIBERTY — A house was destroyed after a heater caught on fire on Thursday night.

According to Javin Honeycutt, deputy chief of the Liberty Fire Department, the fire at a mobile home on the 100 block of Paradise Drive started in an electric heater in a bathroom.

He said an electrical short might have caused it, but because the fire was so extensive it was hard to tell what exactly happened until the authorities could investigate further.

A man and woman lived in the home, but only the woman was home during the fire.

The woman said smelling and seeing the smoke alerted her to the fire. She was able to save two of her cats that were in the room with her. She had a few more cats and is unsure of whether the cats died in the fire or managed to escape.

Honeycutt said the flames were above the tree line when he arrived at the scene.

“It was just like a fire ball,” he said.

The woman was not injured and said to be staying at a neighbor’s home.

The Liberty, Union and Pooletown fire departments responded to the fire, as well as the Fire Marshall’s Office. Honeycutt said the American Red Cross would be providing services to the residents.