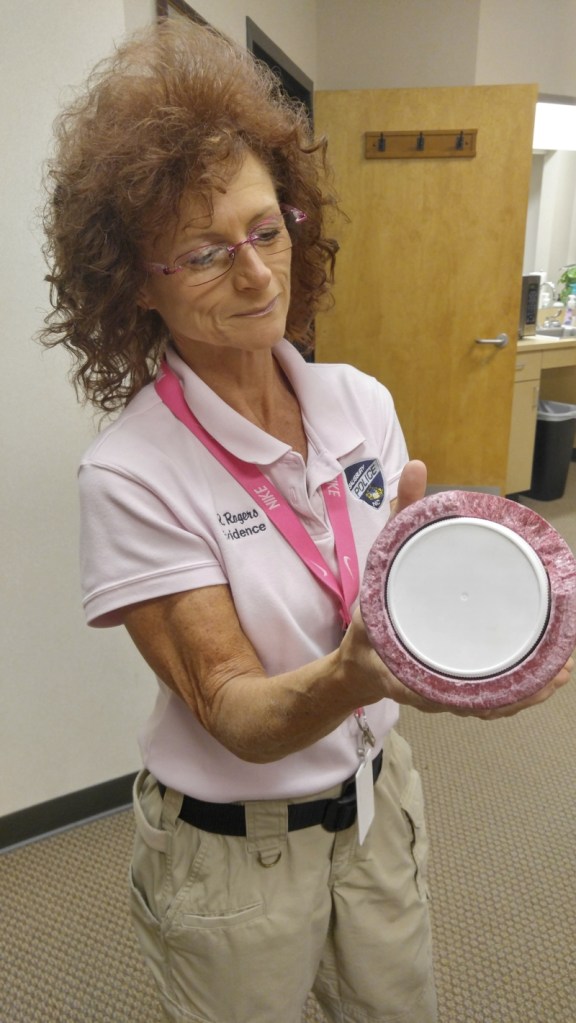 Salisbury Police Evidence Technician Robin Rogers holds a hollowed out candle with a jar that contained marijuana inside. Police found the drugs during a traffic stop of a car at the corner of Railroad and Monroe streets.

SALISBURY — After police responded to a report of shots being fired in the 500 block of South Shaver Street where a man was shot in the leg, officials said, officers pulled over a suspected vehicle and found marijuana hidden in a candle.

Officers went to South Shaver Street at 8:50 p.m. and eventually stopped a silver vehicle at Railroad and Monroe streets. The officer noted four people were in the car. Those in the car were asked to step out.

Police searched the car and saw a backpack lying in the back seat. Before opening the bag, the officer could smell a strong odor of marijuana. The officer saw a large candle that was hollowed out with a white jar in the bottom. The jar contained 37 grams of marijuana.

Police issued a citation to Quandarius Rasheim Davis, also known as “Swagg,” 21, for drug possession and driving with a suspended license.