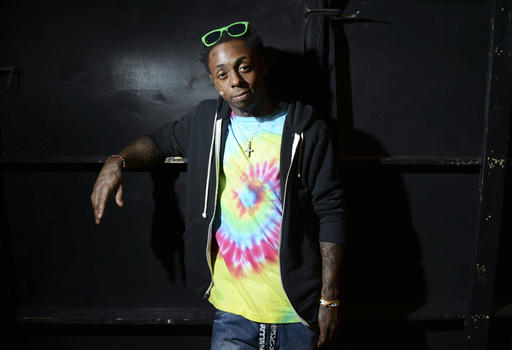 NEW YORK (AP) — As soon as Lil Wayne knew he was going to jail for gun possession, he mapped out his plan to survive.

“There was, ‘OK, let’s get a plan together … from when you go in … and when you get out,'” the rapper said of his eight-month stint in New York City’s Rikers Island in 2010.

What wasn’t intended was his book detailing his experience. The recently released “Gone ‘Til November” is based on his diary from his time inside prison. He writes about disillusionment, disputes between inmates and even a time when he officiated at a gay marriage.

The 34-year-old was skeptical that people would be interested in his diaries.

Then “my best friend Cortez (Bryant) told me: ‘You know, people want to know what you did every single day.'”

Lil Wayne sat down with The Associated Press recently to talk about his experience.

AP: Sean “Diddy” Combs and Kanye West visited you in jail. What did that mean to you?

Lil Wayne: When I was there, actually talking to them during the visitation, they made it so real. … They threw all the ‘Who’s in this room’ out of there. That was thrown out the window. They were like, ‘How you feeling? What are you going through? Do you need anything, like do you really need anything? Do your parents need anything?’ And then, I said the moment it hit me was going back up to the cell.

AP: How did you get through it?

Lil Wayne: It was due to the people around (me). When I say the people around me, I mean the prisoners, the guards. … They took all the cliche (out) of whatever I thought it was gonna be, they took that and threw it right out the window. They made me feel like, for lack of a better word, to say like I was at home. And it was everybody. … Nobody wants to be there, not even the guards. So when you come through there, for everybody to treat you the same. … Whatever it was, it worked.

AP: How did you keep your seizures under control? (He suffers from epilepsy.)

AP: What did it feel like to perform again after you were released?

Wayne: I’d say it was like, uh, being in an accident and losing … feeling in your legs and they’re telling you (that) you’ll never walk again. And coming back eight months and running up. … That’s how that felt.

Bird is the word — we love chicken