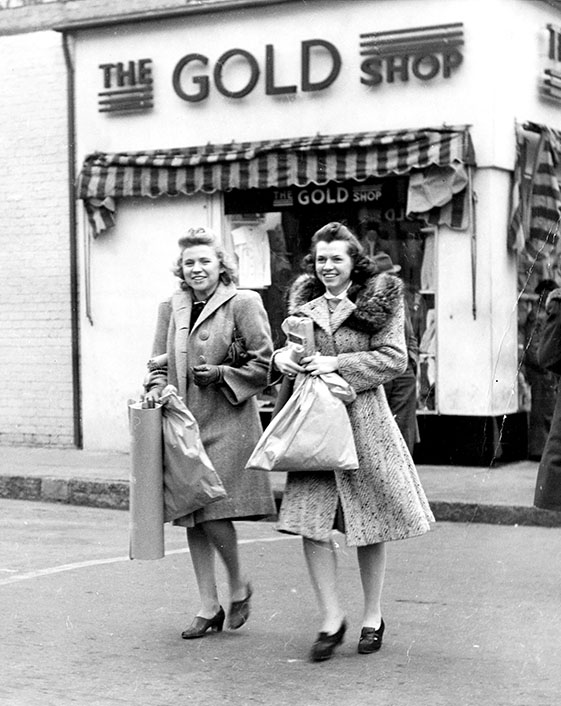 Nancy Graham Corriher submitted this photograph of her mother, the late Pauline E. Graham, and her mother’s college roommate, Blanche Penland, shopping in downtown Salisbury. Pauline is on the right. The Gold Shop pictured in the background was located on South Main Street. ‘Polly’ and ‘Pen’ were students at Catawba College at the time and would find rides from the campus to downtown so they could shop. Catawba students were known to stand on the corner of Fulton and West Innes streets in groups and wait for rides back to Catawba, Corriher said. Her aunt told her it was not uncommon for motorists to see these groups of students, and locals passing by would stop and give them rides. Polly and Pen both graduated from Catawba College in 1940. At the time this photograph was published, the Salisbury Evening Post would circle someone’s photograph, and if that person turned in the paper, he or she won a prize. Pauline Graham was circled in this picture when it was originally published in the newspaper. She retired from teaching business at West Rowan High School in 1978 and was married to David Graham Jr., late general manager of the Rowan County ABC Board.

Tommy Eller and Ronnie Smith provided this photograph and helped in identifying the management team from Ketner’s Supermarkets in the... read more