Gotta Run: Why running should not be punishment 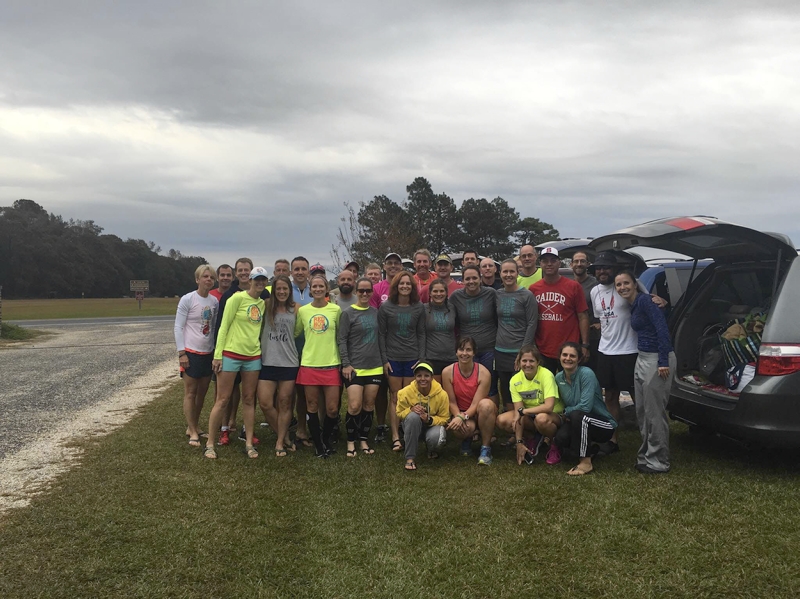 Just about 10 days ago, I was in a school environment where walking was used for punishment. I don’t have any idea what the students did to deserve punishment but nobody was smiling. Then a few days later, I was at another school where younger students were using the walking/running path and laughing and smiling as they did both. Then later the same day, I received a photo of more than 30 runners from Rowan County who joyfully participated in the 200-mile Tuna Run Relay in late October. All of these things played a part in my preparation for this column.

Plenty of times over the years, I heard a coach or teacher say, “Give me two laps for that.” I admit to even using a similar term myself when I was coaching team sports. But one thing is for sure. When new runners come to our adult classes, they often tell of the reasons that kept them from running or even exercising earlier. A common answer is, “I didn’t enjoy running in school, especially when I was made to.”

So, what is the alternative? In my opinion, running or walking should never be used for punishment. The young person will no doubt view the activity as a negative, when in fact walking and running should be positive and healthy. A few years back, I was asked to refurbish a gravel track that was in need of repair at a school. When I asked how often the track was used, the direct response was “We often use it for punishment.” I did refurbish the track after making some of the points shared here, but it has since fallen into disrepair again.

I suggest focusing on healthy conditioning and making it a group activity, but most importantly providing the environment that makes for enjoyable activity. Talk about hydration, proper diet and how the human body can be made stronger by proper use of endurance activity. Even better yet, have the coach or teacher participate along with the students. A common thread among new runners of any age is increased success when the mentor participates. Provide the best positive example.

If the young person is misbehaving in some way, the “take a lap” approach causes disruption to the rest of the group while they wait or even watch the person running. Granted, the coach or instructor might be unsure or even frustrated on how to proceed. What has worked better for me is a private discussion of the need for discipline and a wait on the sidelines until the desired behavior is acknowledged. Once the player or student understands and conveys appropriate behaviors, he or she should return to the activity.

If physical activity is construed as punishment, should we be really surprised that kids these days are more obese than ever? Meaningful engagement in physical activity is essential, advocating the joy of a body on the move, enhanced motor skills and increased fitness levels. A look at the faces of those adults who participated in the Tuna Run makes this all real.

Our local running opportunities continue to be numerous. Next week on Saturday, Nov. 12, last year’s popular Share the Care 5K takes place at Novant Health, Rowan Regional. The center of activity is the Hospice office on Henderson Street. Look for a special press release about this event and more information at www.salisburyrowanrunners.org

On tap for Nov. 19 is the Melinda Weatherford 5K at Knox Middle School, and Thanksgiving morning has the calorie-burning Butterball 5K at the Forum. I will have more specifics about both events next week but for now, please visit the SRR website.

I promised an update on the ankle injury of East Rowan runner Adalie Harrison. She continues to improve but was not able to participate in last Saturday’s regional meet.

Today is one of my favorite running days of the year. The New York City Marathon gets great TV coverage on ESPN2 at 9 a.m. this morning. What started with 170 runners in Central Park in 1970 has grown to the 50,000 runners who will compete today. This was my first marathon and remains my favorite after three more finishes. Check out the inspiring coverage from the greatest city in the world. If you know of someone locally who is competing, please email me with the results.

Back with more next week!