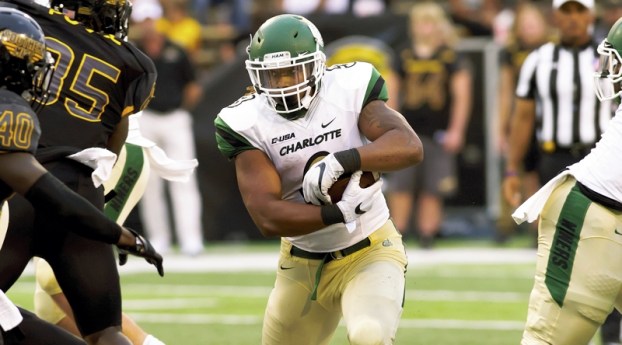 “Southern Miss has a good program and this was huge for us to go on the road and get a win,” Charlotte coach Brad Lambert said. “I thought that Southern Miss was a really physical team. It was important for us to play hard and be physical and I thought our players did that tonight.”

Kalif Phillips recorded his fourth 100-yard rushing game of the season and the 15th of his career with a season-high 186 yards on the ground. Robert Washington added 94 yards rushing on only six carries to the 49ers ground game.

“Kalif was huge for us,” Lambert said. “I was really proud of our offensive line tonight. Southern Miss has a good run defense and for us to run for over 300 yards is a really big thing.”

Hasaan Klugh was 11-for-24 for 127 yards and one touchdown. Workpeh Kofa led the 49ers with 57 yards receiving.

Nick Cook led the 49ers with 10 total tackles, six of which were solo tackles and one sack. Terrance Winchester had two interceptions including one in the final two minutes to seal the victory.