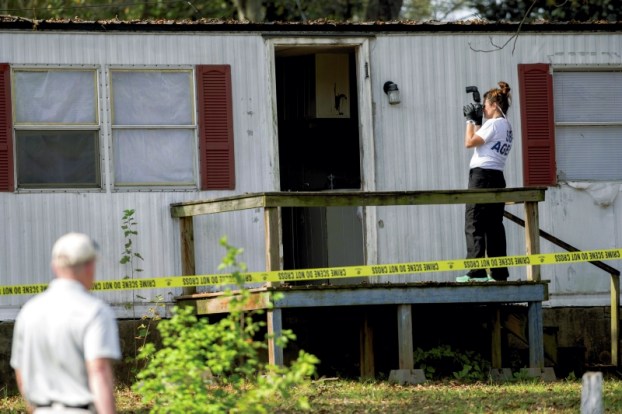 An SBI agent photographs the scene Thursday where, according to Salisbury Police, a Special Response Team went to serve a search warrant, was fired upon, returned fire and killed the shooter. Jon C. Lakey/Salisbury Post

As this editorial is written on Thursday evening, Salisbury is absorbing the news that officers serving a no-knock search warrant at a mobile home on Lafayette Street were met with gunfire and fired back, according to Salisbury Police. An African American man who was shot in the exchange died.

That explanation is too long for Twitter, Facebook and national news alerts. The message they’ve blasted across the country is boiled down to this: Black man killed by police officer.

Does the public need to know any more than that bare fact? Absolutely.

Do we have enough facts to pass judgment on this case? No.

What we do know, though, suggests that those of us with civil rights concerns should hold back before sounding the alarm over this incident. Officers confronting some of Salisbury’s worst problems deserve that much.

One thing you can count on: When police come under fire, they are going to shoot back.

Thursday’s fatal clash clearly is not a case of a traffic stop gone wrong or a child with a toy gun being mistaken for an assailant. Officers were serving a warrant on a place were they believed people would be armed, police say. They wanted to look for narcotics, weapons and stolen property. This situation is far different from the killings that sparked nationwide protests and spawned Black Lives Matter.

The family of Ferguson Laurent Jr., 22, has lost a brother, son, cousin and friend. They deserve sympathy and a full accounting of what transpired. It would be a mistake to jump to conclusions.

To their credit, Salisbury Police quickly released the name of the officer that shot Laurent — Karl Boehm, who is white — and information about a 2010 incident in which Boehm shot and killed another suspect. In that case, the officer was investigating the report of a man knocking on someone’s back door on Vance Avenue. Boehm and the man wrestled to the ground before the officer pulled out his gun.

Chief Jerry Stokes has pledged transparency; so far he is keeping his word.

The SBI investigation of Thursday’s killing will involve gathering evidence and interviewing everyone in and around the home, the officers involved and any other witnesses. An autopsy will tell how often Laurent was shot, from what direction, and whether there were any other factors at play.

Though city police are equipped with body cameras, the department says officers on the Special Response Team do not wear the cameras. That is a matter for review.

It hasn’t been long since a police killing in Charlotte set off demonstrations marred by violence. Fearing an echo of that destruction, all of Salisbury is on alert, from police to pastors to council members and activists. Salisbury should be united in calling for calm and waiting to get all the facts. The entire nation is watching.

Take a deep breath, and trust ourselves to be accountable

SALISBURY — It was a morning that started out with people talking about the Cubs winning the World Series. There... read more