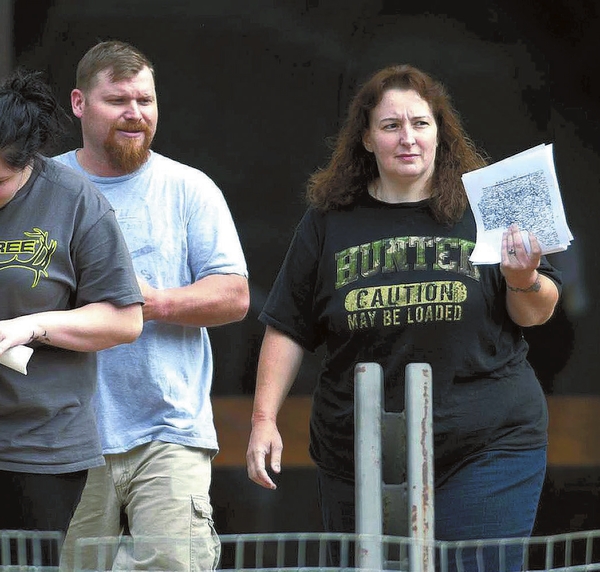 SALISBURY — Before leading investigators to the remains of Erica Lynn Parsons, her adoptive father admitted to abuse that one expert called “child torture,” a search warrant obtained by the Salisbury Post reveals.

The warrant is dated Sept. 27, two days before the Rowan County Sheriff’s Office announced investigators had been led to by Sandy Parsons to a rural area of South Carolina where they found Erica Parsons’ skeletal remains in a shallow grave.

Erica Parsons had not been seen in Rowan County since late 2011, when she was 13 years old. Her adoptive brother reported her missing in 2013, launching an investigation that captured national attention and uncovered allegations of the severe abuse of Erica by Sandy and Casey Parsons and their biological children.

Throughout the investigation, Sandy and Casey Parsons — who adopted Erica as an infant when her biological mother and Sandy’s former sister-in-law Carolyn Parsons gave her up — maintained she had gone to live with paternal grandmother Irene “Nan” Goodman.

No such person existed, law enforcement and family members said.

The Parsonses were eventually locked up for collecting benefits meant for Erica’s care long after she was gone from their home. Even then, they maintained that — as far as they knew — Erica was alive and well.

That facade came down in August of this year, when Sandy Parsons — serving time at a federal prison in Butner — sought out Lt. Chad Moose with the Rowan County Sheriff’s Office and admitted to the detective that Erica was dead, according to the warrant.

Over the past several years, Rowan investigators, along with agents from the FBI and SBI, had searched various locations where the couple had lived including their 218 Miller Chapel Road home in Salisbury and Sandy Parsons’ father and stepmother’s home in China Grove.

But Sandy Parsons said detectives would find Erica’s remains about 80 miles from Salisbury, on land located off Taylor Chapel Road near his mother’s house in Chesterfield County, S.C. The property is not owned by Parsons’ mother, the search warrant said.

Sandy Parsons was unable to provide an exact location while in prison so he agreed to show investigators where they could find Erica’s remains, the warrant said. With help from Rowan County District Attorney Brandy Cook, investigators obtained an order to take custody of Sandy Parsons.

Before he took them to that location, Rowan investigators conducted multiple interviews with Parsons that detailed the “harsh treatment of Erica,” the warrant said.

This treatment included “locking the girl in a closet, beating her with a belt buckle, bending her fingers back and choking her,” the warrant said. That confirmed what the Parsonses’ son Jamie had testified to during their fraud trial — that he had witnessed his parents abuse Erica and that the couple encouraged him and his younger siblings to abuse her.

Jamie Parsons admitted that he routinely abused Erica until he was about 16 years old.

In the search warrant, investigators say that Dr. Cynthia Brown of the University of North Carolina School of Medicine, called the ongoing abuse of Erica Parsons and the acts described “child torture.”

Neither Sandy nor Casey Parsons has been charged in Erica’s death. After their 2014 arrest on fraud charges related to the benefits they received for Erica’s care, Casey Parsons pleaded guilty to 16 counts of a 76-count indictment. Sandy refused a plea deal and was convicted on 43 counts.

Sandy Parsons was sentenced to eight years in prison and Casey Parsons to 10 years, which she is serving at a federal prison in Tallahassee, Fla.