Candidate says NC Supreme Court race unlike any other 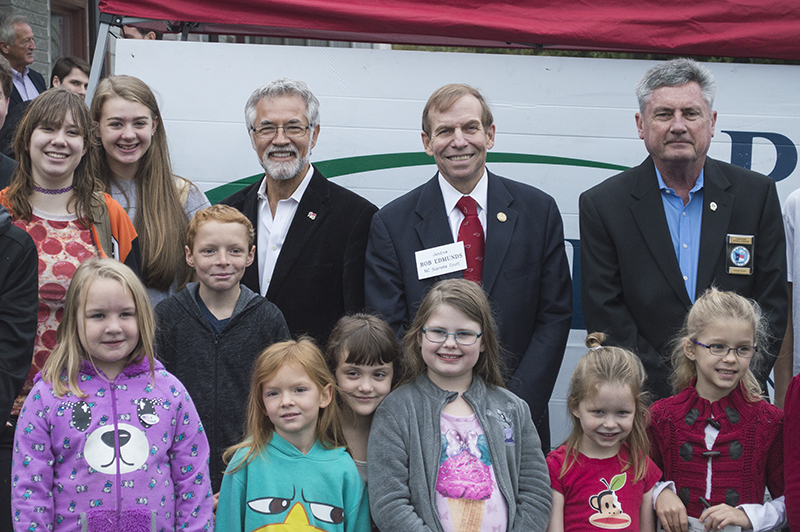 SALISBURY — Supreme Court Judge Bob Edmunds says he’s never seen a seen a race quite like the one he’s hoping to win on Tuesday.

Edmunds, running for re-election to the NC Supreme Court, won eight-year terms in the 2000 and 2008 election. In his bid for another term, he faces Superior Court Judge Mike Morgan.

There’s no partisan affiliation listed on ballots, but political parties have rallied around their favorite candidates — Edmunds for the Republicans and Morgan for Democrats. Partisan promotion of candidates in nonpartisan races isn’t unique. What’s different than his past bids for the court, Edmunds said, is the amount of “outside money” being spent on the race.

“It’s also the first time I’ve had a race that’s gotten on the front page of newspapers,” Edmunds said in an interview with the Salisbury Post. “You know, when you talk about a judicial race, we’re not really high profile people. It’s unusual and to a degree uncomfortable. … I just want to be a judge. I don’t want to be a political figure.”

Edmunds visited Rowan County on Tuesday to speak with a school group at the local Republican Party Headquarters. Along with other elected officials, Edmunds spoke to the school group about the functions of government. He also visited employees at the Rowan County courthouse.

Outside groups, such as political action committees, have spent money on North Carolina Supreme Court races previously. Edmunds, however, hasn’t run for office since the 2010 Citizens United decision by the U.S. Supreme Court. Current estimates of outside spending in the 2016 race top $2 million. The 2016 race is seen as critical because it will determine the court’s partisan majority.

It may be among North Carolina’s most-watched elections, but Edmunds said there’s a “quantum leap” between the N.C. Supreme Court and the gubernatorial, U.S. Senate and presidential races in North Carolina.

Despite differences from past years, Edmunds says he’s campaigning as if it were a nonchalant election.

“I’m running on my resume, record and achievements in the office,” Edmunds said. “You’ve got the outside money coming in, but it’s nothing that the candidates can control.”

When he’s asked about what he’s done in office, Edmunds says he frequently cites a teacher tenure case he authored the opinion for. In his opinion for the court, Edmunds found unconstitutional a state law that rid teachers of protections they previously earned.

“What I tell people really is that you can read all my opinions, they’re all available online,” Edmunds said. “Most folks, of course, haven’t. Look at who’s endorsing me: four former chief justices, two Republicans and two Democrats; most of the former leadership of state bar presidents; over 90 of the sheriffs. I mean these people aren’t easily fooled. If I was doing a bad job, they’d be endorsing someone else.”

Edmunds says voters, when casting a ballot, should think about a candidate’s “respect for the rule of law” and professional accomplishments as an appellate judge.

On ballots, Edmunds will appear with Morgan as the first race under nonpartisan offices.