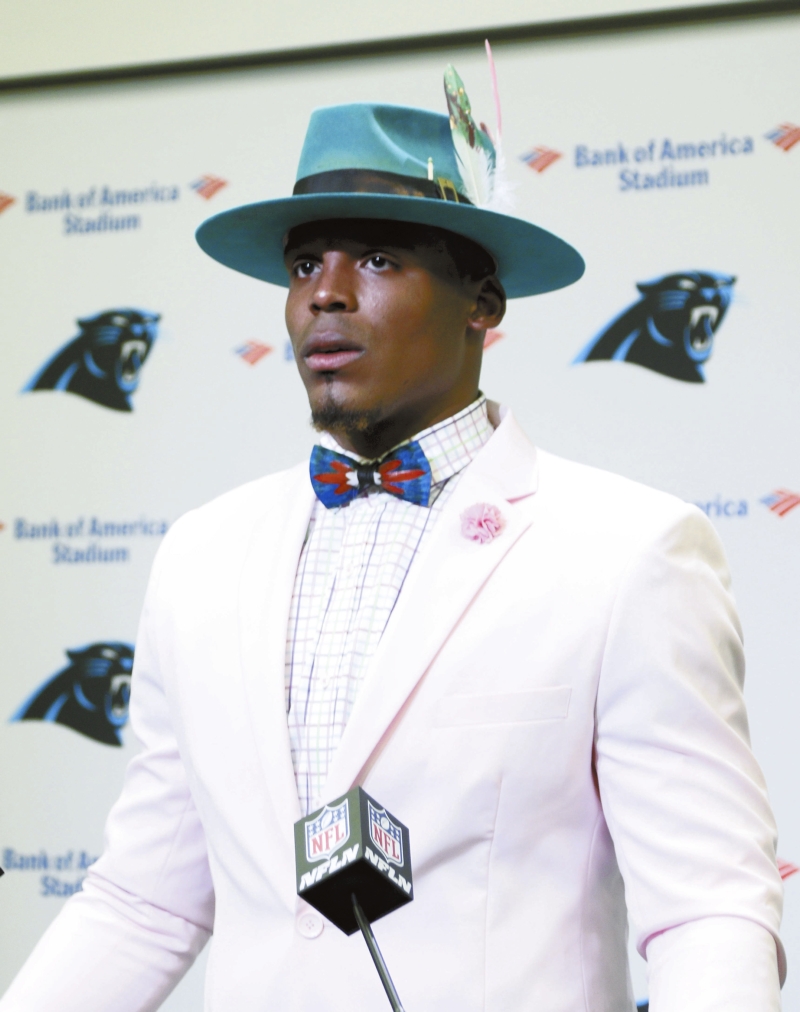 FILE - In this Sunday, Oct. 30, 2016, file photo, Carolina Panthers' Cam Newton speaks to the media after an NFL football game against the Arizona Cardinals, in Charlotte, N.C. Newton blasted NFL officiating following Sunday's game against the Cardinals after taking a shot to his lower right leg from defensive tackle Calais Campbell as he was releasing the ball. (AP Photo/Bob Leverone, File)

CHARLOTTE (AP) — Cam Newton got the phone call he wanted.

NFL commissioner Roger Goodell spoke via telephone with Newton about the Carolina quarterback’s concerns over not being protected by game officials from hits while in the pocket, a person familiar with the situation told The Associated Press.

The phone call came Tuesday, but it’s unclear exactly what they discussed.

The person spoke Tuesday on condition of anonymity because the details of the meeting were not disclosed.

Newton criticized league officials after Carolina’s 30-20 win over Arizona on Sunday, saying that he doesn’t feel safe in the pocket because officials are treating him differently than other QBs in the league by not throwing flags when he takes an illegal hit.

He said after the game he planned to talk to Goodell about his concerns.

Newton said he reached his breaking point came when Cardinals defensive tackle Calais Campbell tackled him below the knees as he released the football.

Campbell was not penalized.

It was reminiscent of the hit that sidelined New England Patriots quarterback Tom Brady for the season in 2008.

“I could have torn my ACL,” Newton said Sunday.

Newton’s frustrations come from numerous hits through this career and added that enough is enough.

“I don’t think there’s a person that can go through what I go through and keep their head, you know what I’m saying?” Newton said. “Hits to the head, that’s one thing, but when you’re not protected in the pocket, that’s another thing. It became the story of my life ever since I came in (to the league). It’s always, ‘Oh, we missed that, I’m sorry.’ That’s bull c—.”

“Cam is correct,” Rivera said. “I support him 100 percent in this. I was disappointed it wasn’t called. But I get the benefit of looking up at the screen and seeing it on replay. It confirmed what I thought. It’s difficult. You’d like to see those calls made. I’d love to see our quarterback get those calls.”

Newton said he is tired of hearing officials tell him they missed a call.

“I just can’t keep accepting, ‘Oh, we missed that one,’ or ‘I apologize for doing that’ or ‘I didn’t see it,’” Newton said. “That’s horse c—. Coming from a person who’s been fined before, coming from a person who everybody’s expecting a lot from, I’m still going. But yet, when you constantly see the hits, when you constantly see flags being picked up and flags not being thrown, and to see other quarterbacks getting it for lesser physical hits, it’s taking the fun for me out.

“I’m just being honest about that.”