Sweet and spicy: More winning recipes from the State Fair 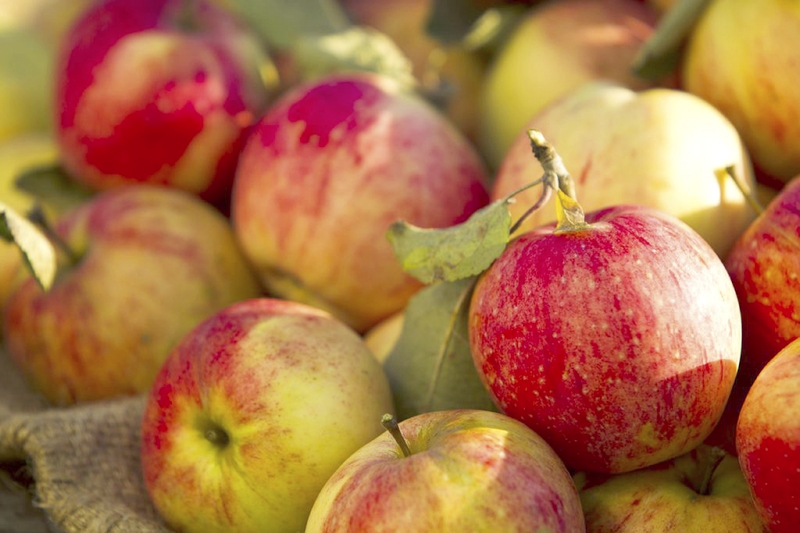 Delicious North Carolina apples are the star of an apple cake.

People are clamoring for more recipes from the State Fair!

OK, two or three folks mentioned the recipes, so here’s a few more from the fair, which ended Oct. 23.

These have quite a bit of sweetness to them — and one has a double spicy, double fatty bite that might send you running for water. Don’t. Spicy food fire is best quenched with milk or beer.

Anyway, if you’re very good, you might get to read about Hawaiian Crack in a future food page. Yes, that was the winning Spam recipe. Really, it’s too early in the morning to discuss that.

The pie recipe is going to be very sweet. If you’re looking for a reason to make it, well, it has pecans in it. Those are good for you. Bet this won’t last long if you do make it.

To make crust: preheat oven to 425 degrees. Blend all ingredients in food processor until a ball forms. Cover and place in refrigerator for 30 minutes. Roll pie dough into shape of 9-inch pie pan, leaving a 1⁄2 inch overhang. Fold under and crimp edge, prick holes in dough. Bake 8-10 minutes.

To make turtle layer: In a saucepan, combine brown sugar, cornstarch, butter and water. Cook and stir over medium heat until mixture comes together into a thick gel. Cool and then stir in pecans and chocolate chips. Spread into baked shell. Cool in refrigerator.

To make caramel layer: In a bowl, beat cream cheese and caramel sauce until smooth. Fold in whipped topping. Spread over turtle layer. Refrigerate 30 minutes to 1 hour. Garnish with whipped topping and other garnish if desired.

Preheat oven to 350 degrees. Mix sugar and vegetable oil. Add eggs, vanilla and cinnamon. Add flour, baking soda, baking powder and salt. Mix well. The batter will be stiff. Fold in apples. Pour into 3 greased and floured 8-inch pans. Bake for 30 minutes and test. May take up to an additional 5 minutes depending on how juicy the apples are.

Cream together all ingredients with a mixer.

Spread icing evenly between the layers and sprinkle chopped pecans on icing for layers but not on top of cake icing. Do not ice sides of cake.

Optional decoration for cake: Thinly slice apple with peeling left on and sprinkle with sugar and cinnamon. Place on parchment paper and bake at 325 degrees until lightly browned. Allow to cool and place on top of cake in a circle pattern. Add a few nuts to the center of the apple ring.

This recipe, too, is easy and fairly traditional – but oh, so rich with the half and half and butter.

These spicy bites would be good for a bunch of guys sitting around watching football. Maybe keep a bottle of antacids nearby for after the feast, though.

Split pepper in half, remove seeds, leave stem and end intact.
Fill sliced peppers with slices of Pepper Jack cheese.
Place 3 slices of pepperoni on top of each pepper half that is filled with cheese. Make 12 small thin, round patties of sausage.
Wrap entire pepper half with sausage.
Then wrap each pepper half with a slice of bacon.
Sprinkle lightly with creole seasoning.
Cook peppers on grill for 1 hour at 325 degrees.
Turn peppers to brown bacon on all sides.
Near end of cooking, apply a thin layer of BBQ sauce to each bacon wrapper pepper.

On second thought, maybe you’d better invite a paramedic. Just don’t have your cholesterol checked after eating these.