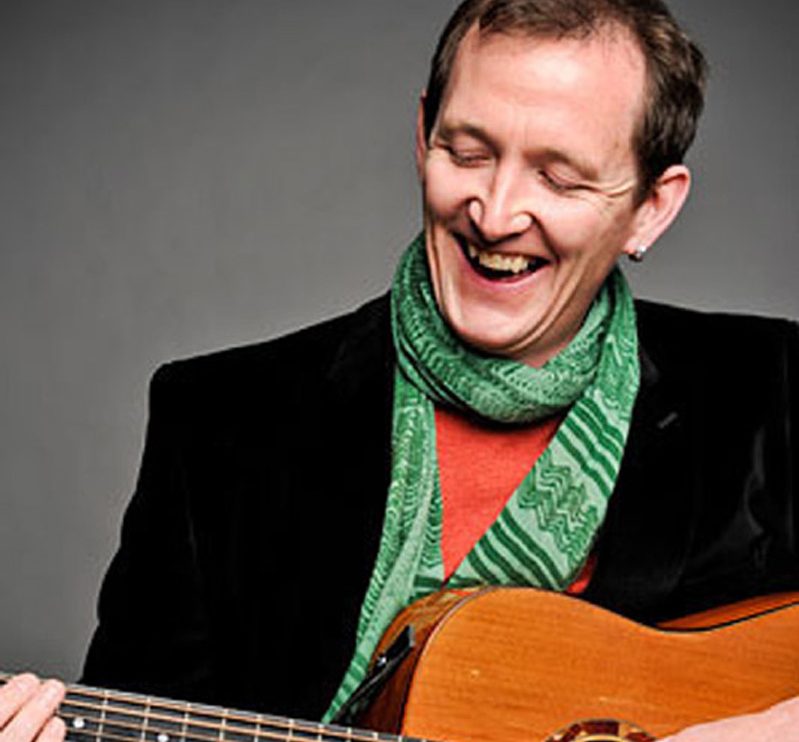 Submitted from the Charlotte Folk Society

“Doyle on guitar has risen to a level occupied by him alone. No one in Irish traditional music is a better guitarist than him right now. His chops, always assured and adroit, have now entered a rarefied zone of inspired, instinctive, in-the-moment creativity that made me gasp in awe . . .” – Earle Hitchener, The Wall Street Journal

John Doyle was a founding member of the Irish supergroup Solas, which took the folk and Celtic music worlds by storm, in no small part due to John’s powerhouse rhythmic guitar style and innovative arrangements. As a member of Solas, John performed to sold out audiences nationally and internationally as well as appearing on many national TV and radio programs: NBC’s The Today Show, A Prairie Home Companion, Mountain Stage, E-Town, and World Café. As part of that critically acclaimed group, he also received three NAIRD awards and a Grammy nomination.

Since leaving Solas, John has gone on to perform and tour with other greats in the Folk, Celtic and Bluegrass worlds – as music director for folk icon Joan Baez, guitarist for Mary Chapin Carpenter, Eileen Ivers, Tim O’Brien (John was included on Tim’s 2006 Grammy-award winning CD, Fiddler’s Green), Linda Thompson, Kate Rusby, Cathie Ryan, Cherish the Ladies, and many others. He has appeared on soundtracks for the feature film, The Brothers McMullan, Soldier, PBS’s Out of Ireland, and also composed the music for the film Uncle Robert’s Footsteps and the play Down the Flats.

Name many of the most notable recordings and/or performers in Irish music and it’s a fair bet that John Doyle had something to do with them. Liz Carroll; Eileen Ivers; Karan Casey; Michael Black; Mary Black; Mick Moloney, Cathal McConnell, the trio of McCusker, McGoldrick and Doyle; The Teetotalers (Martin Hayes, Kevin Crawford, John Doyle); The Alt (John Doyle, Nuala Kennedy, Eamon O Leary), and, now, Usher’s Island (Andy Irvine, Donal Lunny, Mike McGoldrick, Paddy Glackin, and John Doyle) – a veritable “Who’s Who” of the greatest names in Irish music and just a very few of the stellar artists for whom John Doyle’s signature guitar sound, singing or songwriting is essential. John has been a featured regular for many years in the hugely popular BBC Scotland Transatlantic Sessions, regularly broadcast in Ireland, and at the Celtic Connections Festival in Glasgow, performing there with Americana greats Jerry Douglas, Tim O’Brien, Rodney Crowell, Sara Watkins, Kathy Mattea, and many others.