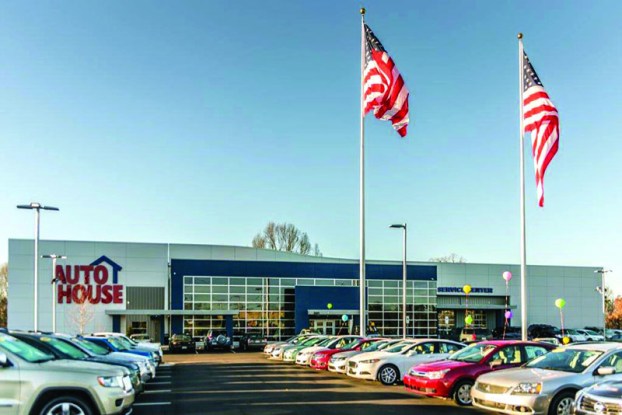 SALISBURY — The North Carolina Division of Motor Vehicles has revoked Auto House’s license to sell vehicles at its Mooresville location and fined the business $33,000, according to John Brockwell, communications officer of the DMV.

A temporary restraining order and preliminary injunction has been granted for Auto House, delaying any action by the DMV until a hearing on the merits.

In May and June of this year, customers of Auto House came forward saying they had bought vehicles with marked up prices and false labels from the dealership.

Auto House, which sells pre-owned vehicles, has been accused of replacing the emblems of car models with emblems of more expensive models and marking up prices.

James A. Davis, of Davis & Davis Attorneys at Law at 215 N. Main St., is representing Auto House for the case.

For example, a Nissan Altima S model was outfitted with the accessories and other components of an SL model, and then represented as an SL.

“Generally, they were equipped equally or superior to the upgraded vehicle,” Davis said.

Auto House then voluntarily contacted the 35 customers and gave them three options to revolve the matter. The customer could trade the vehicle back in, have Auto House buy the vehicle back or get a refund for the difference in value for what the customer paid and the price of the lower model, including sales tax.

Davis said 22 customers decided to keep their vehicles and between $2,650 and $5,250 were given in refunds.

All 35 cases were settled before the DMV issued the affidavit and notice of hearing, Davis said.

Davis said Auto House has been active in the community, including donating services to law enforcement, local schools and other entities.

John Brockwell in an email said the hearing has been scheduled for Nov. 28.

“Auto House, like all citizens, only ask that the public let the process work in a fair manner, much like citizens rightfully enjoy the presumption of innocence,” Davis said.