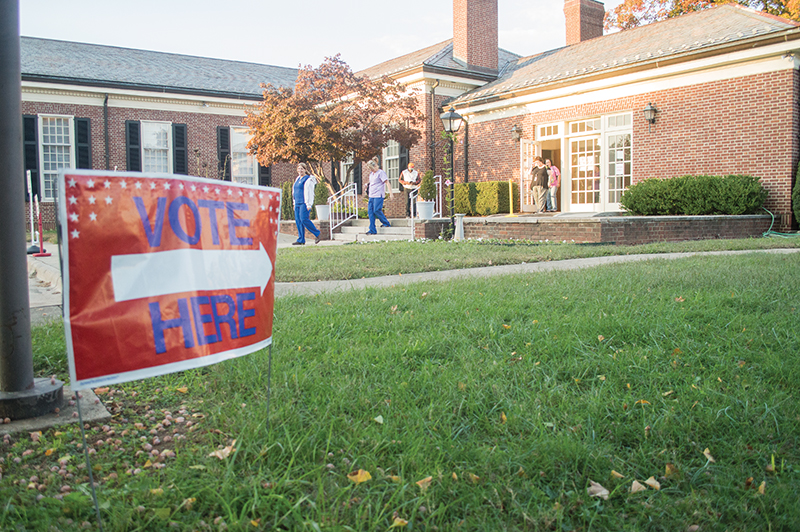 Voters exit the Rowan Public Library headquarters after voting in 2016.

SALISBURY — Bolstered by the opening of several sites, Rowan County may have set an early voting record on Thursday.

The number of people who voted on Thursday is larger than any single day in 2008 and 2012.

Statistics provided Thursday evening show 11,259 ballots cast during the first six days of early voting. That number is slightly less than at the same point in 2008 and 2012. However, it’s thousands more than total one day earlier. On Thursday morning, the Rowan County Board of Elections reported that 6,745 people had voted — meaning that more than 4,500 people voted in one day.

On the best day in 2008, 4,161 people voted, according to Rowan County Board of Elections statistics. No number in 2012 comes close to Thursday’s total.

The impressive increase in early voting came as five new sites opened. Until Thursday, only the Rowan County Board of Elections at West End Plaza was open for early voting.

Same-day registration is allowed during early voting. It will not be allowed on election day — Nov. 8.

A total of 4,771 registered Republicans have cast ballots during early voting. A total of 3,786 Democrats have voted. Unaffiliated voters represent 2,685 ballots cast so far. The remaining 17 ballots cast are Libertarians.

Russell said 94 same-day registrations still need to be processed, which could change the partisan turnout.

For questions about voting, contact the Rowan County Board of Elections at 704-216-8140.