‘The Trespasser’ by Tana French: Irish eyes are crying 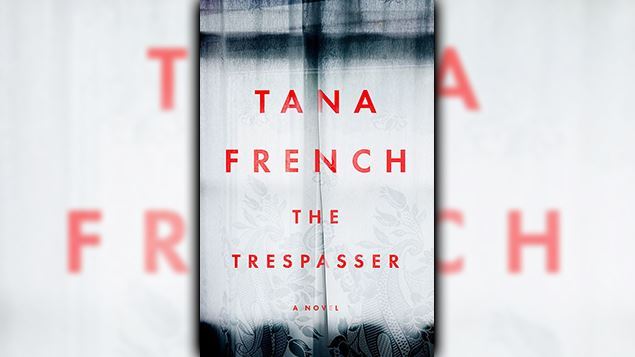 It is both a virtue and a liability of Tana French’s Dublin Murder Squad novels that the author spins a panoramic narration replete with vivid, individualistic characters, while creating a sense of place that feels like a visit to the gritty, unrelenting underside of Ireland. The upside is the feeling she conveys that the reader has lived these stories in their unfamiliar venues. The downside is the plots move lugubriously, and that the plethora of physical and psychological details get in the way as often as they serve to clarify.

Interview scenes, for example — and there are many of them — seem to take place in real time, as we read not only the questions and answers, but every detail of the room (some rooms are intentionally more pleasant than others), and Ms. French interweaves her dialogue with the inner thoughts of the police personnel and the thoughts of the suspect.

“The Trespasser” is No. 6 in this series, each of which includes characters who recur from previous installments, and refers to earlier happenings. It’s not necessary to have read the earlier novels, but if you have, there may be an added dimension. In each installment, a supporting character from the past becomes the central figure in the new book. The present novel is engaging, and as we have come to expect from this author, filled with striking prose, but her plot and her prose are more labored here. Neither the writing nor the story seem to flow with naturalness or ease.

Chief protagonist and first-person narrator in “The Trespasser” is Detective Antoinette Conway, who had a lesser role in novel No. 5, as did her current partner at work, the gangly, ever cheerful Steve Moran. Antoinette, 32, has lived a life of frustration bordering on despair. Her mother told Antoinette fictional stories about the father she never knew. Antoinette gave up her fantasies and became a cop both to escape her fantasies and to fulfill them. Now, on the murder squad, she is despised by her colleagues — except for the novice Steve — made the victim of vicious pranks, and assigned cases too boring for the others to bother with.

She even looks different from the others, being darker and of mixed race. As a defense mechanism, she speaks an ungrammatical street version of the English language, swears with the best of them and refuses to show emotion or accept any form of friendship. The veterans of the squad, especially the suave, charming Breslin, are out to get her. Not by chance, Breslin is assigned to join Conway and Moran on the present case, even though Conway will be the officer in charge.

The case in question is the murder of an attractive young woman named Aislinn Murray, who was punched and bludgeoned to death while making dinner for an anticipated male visitor. Her date for that evening was Rory Fallon, the meek owner of a struggling local bookstore, who arrived early but took a walk to kill time and buy flowers to give her. He then returned to knock on her door and find no one home. At least that’s Rory’s story.

Rory becomes the prime suspect, but Conway and Moran discover that Aislinn may have had a secret lover, and that the secret lover was a member of the police force. It’s a given that Antoinette’s colleagues will be covering for each other — or worse, purposefully collaborating to lead Antoinette into a trap that will cost her her job.

The tale itself is compelling, and the solution is quite interesting — morally and intellectually. Getting there, however, is so slow and laden with minutiae, that by the time we learn who did the deed, it doesn’t seem to matter quite as much as we might have been led to expect.

Visit the Pittsburgh Post-Gazette at www.post-gazette.com

Library Notes: Get off to a good start this fall: Parent resources from Rowan Public Library