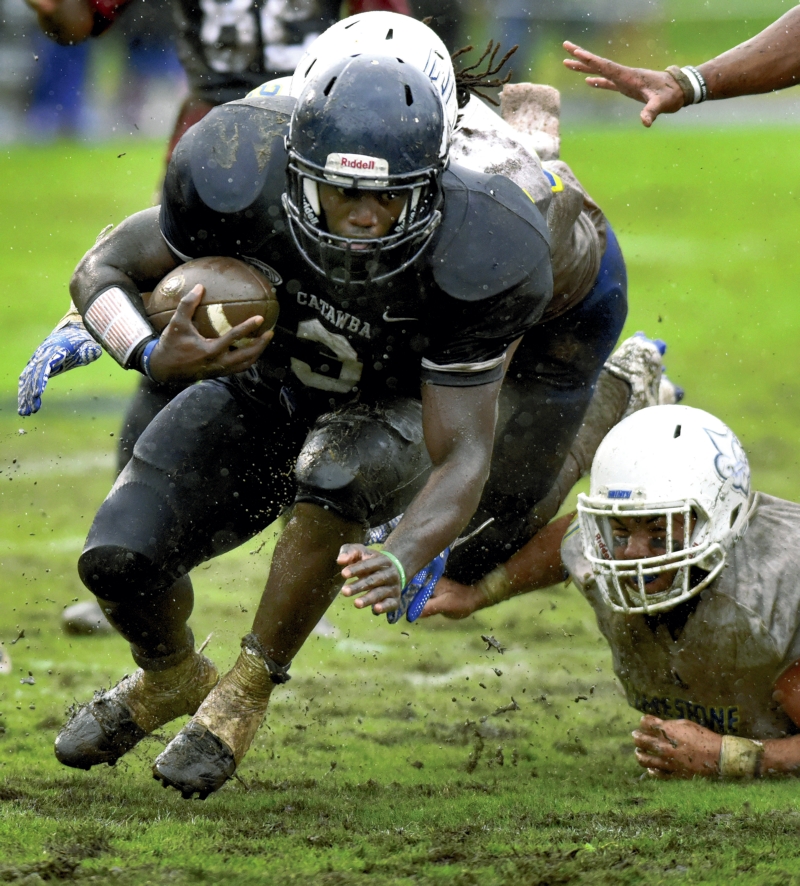 JON C. LAKEY / SALISBURY POST ... Catawba’s David Burgess (3) evades a few tackles on a run up the middle during a game in the rain and mud against Limestone on Oct. 8.