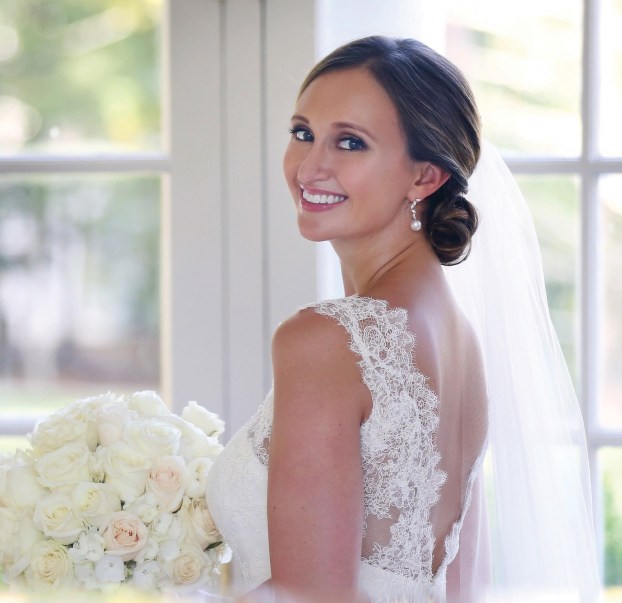 Following the ceremony, the parents of the bride hosted a reception, dinner and dance at Boxwood Estate, Mocksville.

The bride was escorted by her father, Paul Douglas Weisler and wore a Sareh Nouri designed dress and veil made of the House of Sophie Hallett lace. She was attended by her maid of honor, Ashley Marie Buchanan of Charlotte and her matron of honor and cousin, Mallory Hodge Whitley of Salisbury. Bridesmaids were Mary Linn Norvell, sister of the groom, of Salisbury; Elizabeth Anne Ashley of Charlotte; Margaret Ellen Emerson of Raleigh; Grace Carole Herrin of Charlotte; Laurel Meggan Meeks of Charlotte; Audrey Kay Mosley of Chattanooga, Tenn.; Kelsey McDonald Nussenfeld of New York City, N.Y.; Anne Emily Treschitta  of Charlotte; and Susan Elizabeth Wear of Charlotte. Flower girl was Katie Madison Dixon, cousin of the bride, of North Augusta, S.C. Ring bearer was Grayson Keller Sullivan, cousin of the bride, of Lexington, S.C.

The bride is the daughter of Mr. and Mrs. Paul Douglas Weisler of Salisbury and the granddaughter of Mr. and Mrs. Jack Hodge of Woodleaf and the late Irving and Rita Weisler. A 2007 graduate of Salisbury High School, Meredith graduated from the University of North Carolina-Chapel  Hill as a dean’s list student, with a bachelor of arts in journalism and mass communication in 2011 and was a member of Zeta Tau Alpha Sorority. She was a magna cum laude graduate from the University of South Carolina School of Law in 2016 with a Juris Doctorate. She was a member of The Order of the Coif Law Honor Society and The South Carolina Law Review. She is employed as an associate attorney by Fisher and Phillips, LLP.

The groom is the son of Mr. and Mrs. Edward Proctor Norvell and the grandson of the late Edwin and Judy Norvell and the late D.C. and Frances Linn. A 2005 graduate of Salisbury High School, Philip graduated from the University of North Carolina-Wilmington as a dean’s list student, with a bachelor of science in business administration with a dual concentration in marketing and operations management in 2010, with a minor in German and was a member of Kappa Sigma Fraternity and an honor graduate from the University of North Carolina-Charlotte with a masters in business administration with a concentration in marketing in 2015. He is employed as the promotions manager for the Charlotte Knights baseball team.

The couple was honored at a cocktail buffet at La Cava Restaurant on Sept. 10, 2016. The party was hosted by Rachel and Charles Bernheim and Sue and Paul Fisher.

The couple was honored at the home of Sally and Gregory Smith. Others helping to host were Dottie and Tom Abramowski, Luanne and Jimmie Anderson, Nancy and Ed Clement, Deborah Hodge, Nancy and Wilson Graham, Cam and Bill Hall, Barbara and Rivers Lawther, and Vickie and Victor Wallace.

The bride and her bridesmaids were honored at a bridesmaids’ luncheon on Oct. 21, 2016, at The Country Club of Salisbury. The party was hosted by Teresa Hodge, Kathryn Anne Holland, Marianna Jarrett, and Donna Weinhold.

The groom’s parents hosted a rehearsal dinner the evening of Oct. 21, 2016, at the Norvell Theater.

Following the ceremony the couple took a trip to the island of Bora Bora and will reside in Charlotte.