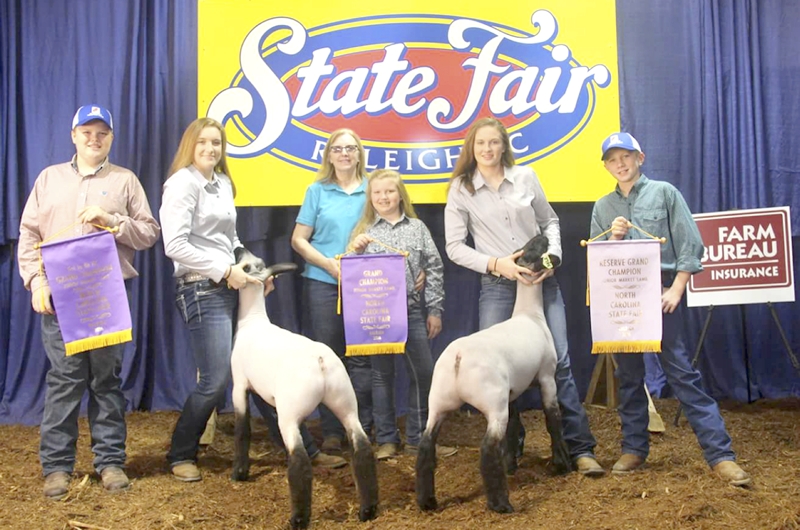 On Saturday, Wilson and Connolly had to sell their champion market lambs during the sale of champions. Wilson sold her lamb for $16,500; it was purchased by N.C. Farm Bureau Insurance. Connolly sold hers for $10,500; it sold to Farm Credit Association of N.C. As you can see, Rowan County had a very successful weekend in the lamb barn but we aren’t finished yet. Please stay tuned for pictures and results from the junior and open cattle show and the dairy cattle show.

If you have any question or if you want to learn more about getting your child involved in youth livestock or equine projects, please contact Morgan Watts at the Rowan County Cooperative Extension Office at 704-216-8970.

These recipes are winners at the State Fair