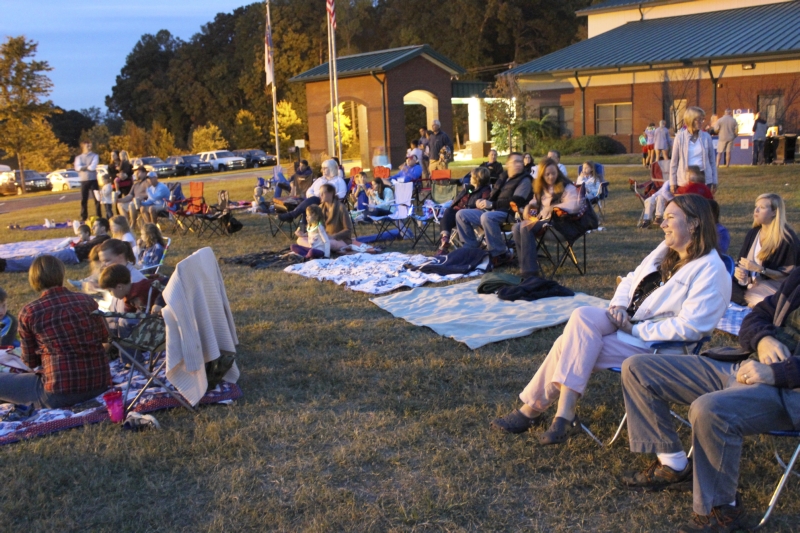 SALISBURY — The air was crisp and pumpkins turned into works of art on Friday night as the larger community joined Salisbury Academy in a fall celebration and “Wild and Scenic Film Festival.” Children decorated and bowled with pumpkins along with other fun fall crafts and games as adults chatted and waited for the series of adventure films to begin.

Once the show began, everyone in the audience was swept away to fantastic destinations around the globe. The audience was exposed to critical areas of need on our planet and left with a heightened sense of duty to protect the animals, plants, and ecosystems of our world.

“The film festival and the appreciation of nature that it inspires melds perfectly with Salisbury Academy’s goals for sustainability and an engaging environmental curriculum,” said head of school Beverly Fowler. “We’re so pleased to have the opportunity to host this event.”

Sponsor for the film festival was the Mona Lisa & Lee Wallace Foundation. Mona Lisa Wallace is a toxic tort attorney who has spent her career focusing on environmental issues. Her family foundation cares passionately about protecting the environment, protecting citizens from air and water pollution and conserving precious land and resources, says Lane Wallace, sustainability consultant and foundation representative.

“The Wild and Scenic Film Festival is a wonderful program, both fun and educational,” said Wallace. “We partnered with Salisbury Academy because children are the future, and we believe wholeheartedly in the impact of early education.”

“The Wild and Scenic Film Festival was an exciting way to get creative in sharing our mission of conservation with the community,” said Fowler.