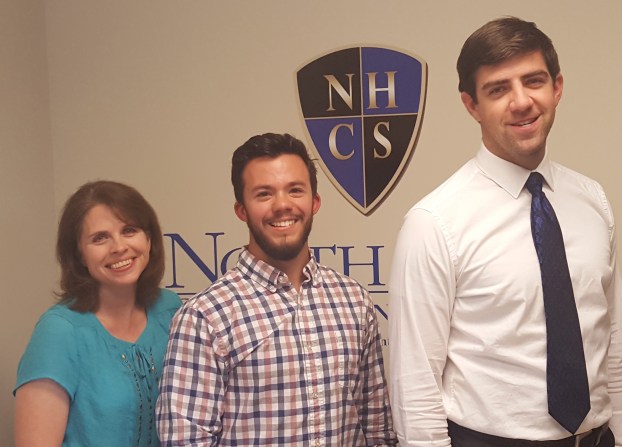 SALISBURY — Latin is not dead — especially at North Hills Christian School. Since 2010, Latin instruction has been offered to North Hills’ students beginning as early as second grade, and it is the only school in the county to offer such an extended program. Seeking to develop a classically based educational model, North Hills has made an extensive commitment in providing what they believe is a strong basis for excellence in education.

“A working knowledge of Latin is so beneficial to understanding many of the subjects and concepts we teach. Understanding the origins of our language greatly improves our students’ comprehension of English, science, history, and literature. We are already beginning to see the results of our investment in the test scores of our students,” Maria Lowder, executive director for North Hills, said.

“There is no better time to begin foreign language study than in the early years of education,” she said. “Young children have a greatly increased capacity to absorb and memorize vocabulary and grammar concepts, and retain them long-term. When Latin is introduced early, the concepts can be taught at a doable pace, making it an enjoyable and rewarding task.”

She also commented that she has received many words of praise from the elementary parents, who are amazed at what their children have been able to learn and memorize at this level.

“It’s all about building a solid foundation that leads to mastery,” she added.

Another unique feature of North Hills’ program is that it instructs students in both Latin pronunciation styles. In the elementary years, the students learn the Italian or “ecclesiastical” pronunciation, and switch to the classical pronunciation in middle and high school.

“Since our memory work at the elementary level centers on the hymns and prayers of the church, it makes sense to use the most appropriate style. Also, the Italian system is much easier to pronounce, because it closely mirrors modern pronunciation. We want our students to know both systems and be able to use the correct form for the Latin medium being used,” Young explained.

Reiterating Young’s viewpoint is Michael Templeton, who has the responsibility of teaching middle school Latin — as well as middle and high school Spanish and British literature. His arrival makes this year the first ever that North Hills has a separate, committed Latin instructor for each of its three school divisions.

“Latin provides for the development of strong critical thinking skills through the observation, understanding and mastery of the patterns and rules that govern syntax. While the study of other languages certainly provides this benefit, learning Latin with an emphasis on derivatives further increases students’ attention to detail, their deductive reasoning skills, and of course their lexicon in English,” he said.

“In middle school, we try to integrate Latin across the curriculum. For example, our science instructor emphasizes the classical origins of the scientific terms the students are learning, thus challenging them to use their Latin skills as well as their knowledge of derivatives in order to better understand the world around them,” he said.

Templeton, who has a master’s degree in Romance languages and literature from UNC-Chapel Hill, is thrilled to be a part of North Hills’ team.
Providing instruction for high school Latin, Matt Weaver has been at North Hills since 2013. Usually, the pressure is on to take modern languages early in this stage, but Weaver makes a strong case for Latin in high school.

“Latin is the ‘mother tongue’ of many modern languages, particularly French, Spanish, Italian, Portuguese and Romanian. If a student takes several years of Latin throughout his elementary, middle and high school years, that student already has about 80 percent of the working knowledge of the Romance languages before he or she actually begins to study it,” he said.

Weaver has also been hard at work creating educational incentives for high school Latin students through involvement with the North Carolina Junior Classical League. For the first time this year, Weaver will take a group of students to Chapel Hill to compete with other Latin students across the area in specific Roman culture, language, and enrichment activities.

“It helps them see the benefit others have gained from their exposure to Latin, and the competitive activities give them even more motivation to excel,” he said.

This past year, Weaver also staged the school’s first ever “Latin Culture Day”, where the students participated in mock settings of Roman everyday life, including colosseum games. This year, he hopes to collaborate with middle school Latin students and make the event even more encompassing.