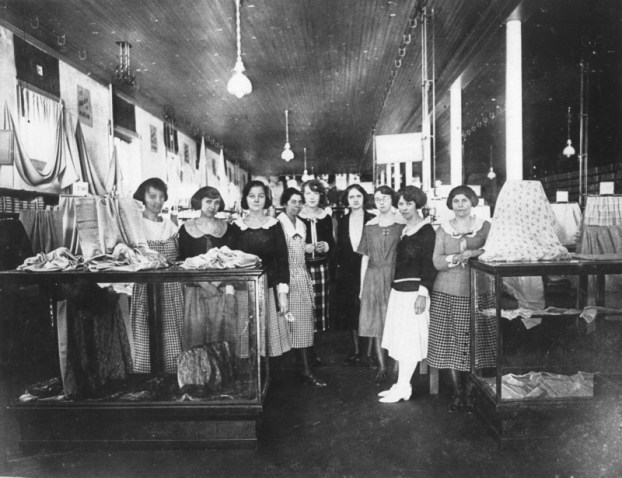 Yesterday: The sales staff at Efird’s Department Store in Salisbury

Gene Graham provided this interior photograph of Efird’s Department Store, which once operated at 226 S. Main St. (part of the Empire Hotel block). Graham’s grandmother, the late Nora Sifford Albright, is the woman wearing the sailor suit, second from right. The Post actually ran this photograph as a ‘Yesterday’ contribution in 1990, when Albright, who was then 91, provided it to the newspaper and identified some of the sales staff pictured with her. She said the photo was taken in the early 1920s. Albright told the Post she had worked in stores all over town, including Efird’s, Kress and Woolworth’s. She identified the women, left to right, as Lena Surratt, Daisy Shives, unknown, Carrie Peeler, Robin Stallings, two more who were unknown, Albright and Jessie Montgomery. Efird’s was established in Salisbury in October 1916 and operated at the corner of South Main and West Bank streets for many decades. That location later became the Diana Shop.

Dan and Denise Foutz supplied this photograph to the Post. Dan’s father, Worth Foutz, is kneeling on the front row... read more