David Post: A party of one on City Council 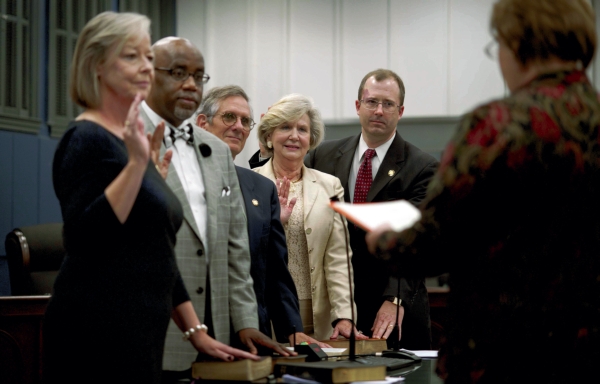 Although they lived more than 100 years apart, my mother and Otto von Bismarck conspired to shape my being a member of City Council.

My mother said that I cut my teeth on being different.

Otto von Bismarck, chancellor of Germany from the 1860s until the 1890s, said, “Laws are like sausages. It is better not to see them being made.”

Exhibit A. When the city’s 200+ page audit was handed out eight minutes before one of my first meetings, I began scouring it. As a CPA, I began asking questions before it was suggested that my digging into the weeds was not a good use of public time.

Exhibit B. When City Council passed a budget last June with very limited discussion about Fibrant, I said that it was costing the taxpayers more than $3 million per year — almost $10,000 per day — and was the most important issue in the budget. I pointed out that we had spent some 45 minutes discussing a fence for a dog park and virtually no time on Fibrant.

I worked in the U.S. Senate for three years. Before federal laws are voted upon, they are vetted by senators and their staffs and committees. Cities lack the resources for staff or legislative committees, so we are presented with the agenda — often over 100 pages long — with changes to local laws, just a few days before meetings.

Maybe I’m too picky, but bad sausage can cause all kinds of problems. When my mother became exasperated with me asking question after question, she would step back and say that I came by it honestly because she did too.

Exhibit C. Salisbury has hundreds of abandoned houses. No one wants to bear the burden or cost of maintenance. Not the owner, not the bank and not the city. However, someone must. Many have not been maintained for years, are eyesores, may pose health hazards and reduce the value other real estate.

Last month, City Council expanded the ordinance to deal with these nuisances. One new provision allows code enforcement services to start the cleanup after mailing notice if the nuisance is a public health hazard, the property is unoccupied and control of the property is unknown. I suggested that the word “and” be changed to “or.” Otherwise, all three conditions must be met.

Is a refrigerator or a rusted air conditioning unit in a front yard necessarily a health hazard? Is an abandoned house with a vagrant living in it unoccupied? Any lawyer could cause all kinds of problems for code enforcement’s efforts to fix the problem. None of the other council members agreed with me. I still don’t get it. (The new ordinance also defined “unknown control” with examples where, in fact, control was known. But we, 4-1 again, let that stand.)

Exhibit D. Last week, City Council was presented with an ordinance allowing the city to sell advertising space on our buses. Moving billboards are extremely effective advertising. For 10 months, I’ve advocated that we use our buses to promote Fibrant. (Or to promote our arts or our history or our colleges.) We also were given a rate schedule similar to Chapel Hill’s. Is Salisbury similar to Chapel Hill?

If Fibrant wants to buy space, we were told, it could. So can Time Warner in its effort to crush Fibrant, and finding the money is no problem for Time Warner. If Time Warner calls, can we just say No? I bet not. For about $125,000, Time Warner can wrap all of our buses, pass every neighborhood, all of our businesses, and effectively require taxpayers to provide a larger subsidy to Fibrant. Why in the world would the city sell advertising space to Fibrant’s primary competitor?

Since this was the first time we had seen this new ordinance and it had significant implications, I proposed that we delay the vote and dig deeper. No one agreed with me. We voted on the ordinance and the rate schedule. I took another 4-1 thrashing.

Otto von Bismarck was right. Watching laws being made is messy. Mom would tell me to keep trying to make the sausage even if my recipe is different.