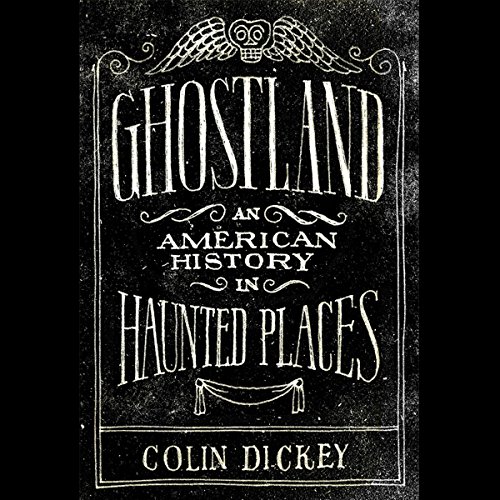 Behind the screams: ‘Ghostland’ an engrossing look at history of haunted places

Should you be troubled by things that go bump in the night, do not settle in for a bedtime read with Colin Dickey’s engrossing “Ghostland: An American History in Haunted Places.” Then again, maybe you should: Dickey’s book is not so much about spooks and goblins, but about tales of them that we tell, and why. Its purpose isn’t to scare, but to intrigue — and on that level, it may well keep you up late.

Dickey, a writer and academic, is fascinated by ghostly lore because of what it tells us beneath the surface: The history of America’s ghost stories, he writes, “is one of crimes left unsolved or transgressions we now feel guilty about.” For several years he traveled the country “listening for ghosts”; what he heard back was the sound of a country uncomfortable with its past.

In a series of chapters, Dickey explores several supposedly haunted places; some of them well-known, like the Winchester House in San Jose, Calif. If you’ve visited that house, you’ve heard the tales of its widowed owner’s crazed expansion, fearful that if she stopped she would be haunted by the ghosts of those killed — particularly many Native Americans — by her family’s Winchester rifles. The actual story, as Dickey tells it, is more nuanced and may have much to do with Sarah Winchester’s interest in architecture, and in developing a house that is “in a way, a form of automatic writing, a stream of consciousness made spatial.”

But would that story sell many tickets? The house’s legend, Dickey writes, depends on an uneasiness that we don’t like to admit: “an uneasiness about women living alone, withdrawn from society, for one. An uneasiness about wealth and the way the superrich live among us. And, perhaps largest of all, an uneasiness about the gun that won the West and the violence white Americans carried out in the name of civilization.”

The author’s travels included a night at St. Louis’ Lemp Mansion, which once housed a string of mysterious deaths and is now a busy attraction for those seeking the supernatural. He visits New Orleans’ Lalaurie Mansion, haunted by slaves once viciously tortured there, and wanders the streets once ravaged by Hurricane Katrina, now seemingly shadowed by those who lost their lives and were never buried. He explores ghost towns in the West — their streets echoing with whispers of a prosperity that died young — and a bridge in Portland seemingly haunted by the spirit of a murdered young woman. Does he see any ghosts along the way? Not really; they tend to, as he puts it, not materialize on demand.

But if you think of a ghost in a different way — as a memory floating alongside the present — you might start seeing them everywhere. Consider this eloquent example: an old man, “baggy in his skin,” who turned up at an event in Los Angeles and got up to speak, rambling and a bit confused, about strange memories of a Hollywood long ago. “There — among the ghost hunters scurrying around, amid enthusiasm both naive and cynical — there, for the briefest of moments, this ghost-made-flesh appeared above us, speaking of the forgotten and the fragmentary stories that make up a city, stories told barely above a whisper in basements such as this.”

Visit The Seattle Times at www.seattletimes.com