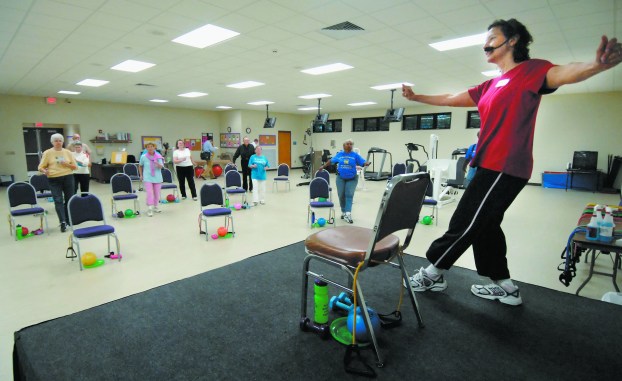 People familiar with Rufty-Holmes Senior Center were happy but not surprised to learn that Rick Eldridge, the center’s executive director, recently received an impressive award — the 2016 National Institute of Senior Centers Founders Award for outstanding service to the senior center community.

Eldridge has led the Rufty-Holmes center since its founding in 1987. Though he said he didn’t know exactly what was expected of a senior center in the beginning, Eldridge and his staff figured it out. As time went by, he helped the center go beyond what was expected and keep pace with seniors’ rapidly changing needs and interests.

Senior citizens can do the stereotypical things at Rufty-Holmes, like play shuffleboard and bingo. But under Eldridge’s leadership, the center offers much, much more to fulfill its three-pronged mission: be a focal point for senior resources, extend independent living and enrich the lives of the senior community. Who in 1987 would have envisioned Rufty-Holmes offering classes in how to use iPads and Android phones? How about 27 different exercise classes?

There’s much talk these days about seniors aging “in place” — staying fit and capable so they can continue to live independently in their own homes and communities. That’s critical as baby boomers retire; the large generation could hit society like a silver tsunami if people quickly lose functional fitness and become dependent on others. Once you’re over the hill, they say, you begin to pick up speed.

Eldridge has said joining the National Institute of Senior Centers in the early stages of Rufty-Holmes’ development was a godsend. It gave the center standards to follow as it became one of the leading senior centers in the state — the first to get new state certification and earn designation as a Senior Center of Excellence. It has gone on to achieve national certification. There’s untold value in being part of a system that encourages excellence and helps members share ideas and best practices. As Eldridge said, quoting humorist Will Rogers, “Even if you are on the right track, you’ll get run over if you just sit there.”

Congratulations are in order. Rowan County is fortunate to have a senior center of Rufty-Holmes’ quality — a tribute to donors’ generosity, local seniors’ activity level and Eldridge’s hard work. After 29 years at Rufty-Holmes, Eldridge could be said to be leading and growing “in place.” But that doesn’t mean he just sitting there.

Not since George and Martha in the play “Whose Afraid of Virginia Woolf?” or for older readers Don Ameche and... read more