College football: Catawba back in the win column 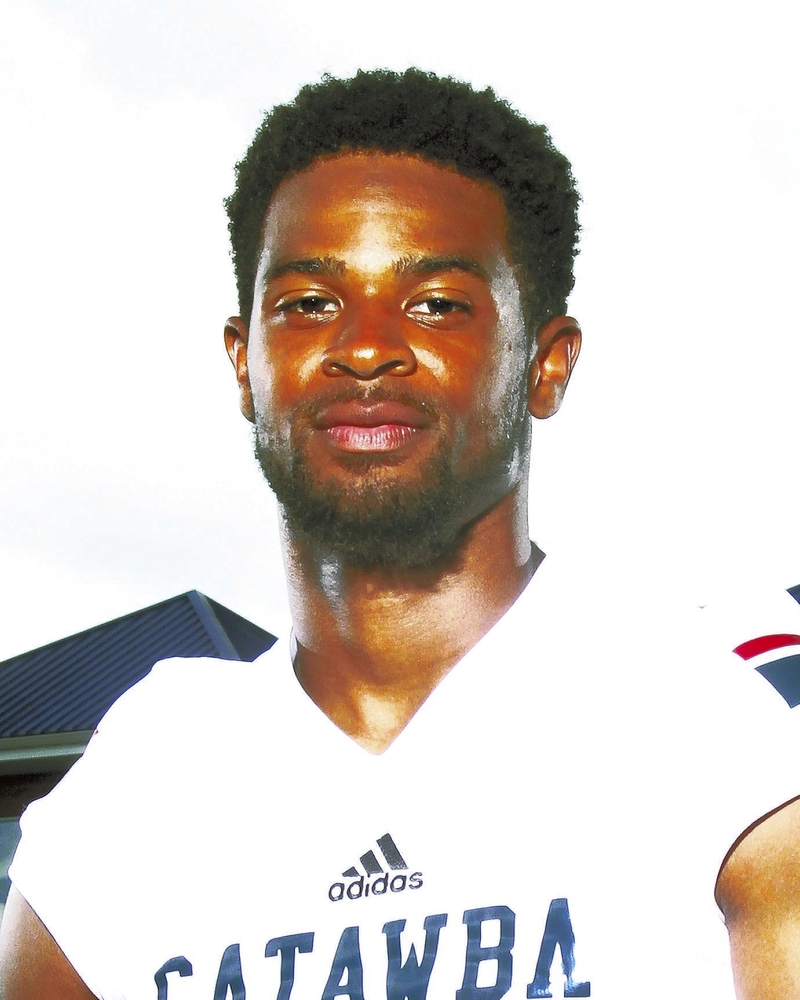 Catawba cornerback Case Woodard continues to make his case for All-America honors.
Woodard intercepted two passes and broke up three more, and his blocked punt for a touchdown was the turning point in Saturday afternoon’s 33-22 South Atlantic Conference win at Mars Hill.
Remarkably, Woodard has scored a touchdown in all three of Catawba’s victories this season.
Catawba’s defense went into the game determined to force turnovers — and produced five. Catawba’s offense did not turn the ball over. That’s a recipe for victory.
“It was nice get back on the right side of the turnover battle today,” Catawba coach Curtis Walker said. “And Case continues to make big play after big play.”
Catawba (3-4, 3-1 SAC) halted a two-game skid and stayed alive in the SAC race.
“It was a much-needed win that helps our position in the conference standings,” Walker said.
Linebacker Jamal Lackey had 13 tackles for the Indians. Nose guard Jordan Hemingway and linebacker Trey Evans combined for five tackles for loss. Safety Chris Carpenter had two interceptions.
Offensively, Catawba got 205 passing yards from quarterback Reid Carlton. Receiver Sam Mobley contributed two TD catches and 118 receiving yards and he added 103 yards on kick returns.
Mars Hill (2-5, 0-3) drove for a touchdown on its first possession. A 36-yard field goal by Brennan Lambert cut Catawba’s deficit to 7-3 late in the first quarter.
In the second quarter, Catawba played about as well as it has all season, blanking a prolific Mars Hill offense while scoring three touchdowns. Mars Hill’s issues this season have been on the defensive side of the ball. The Lions’ offense hasn’t been stifled very often.
“Mars Hill has a fine running back (Jamel Harbison netted 121 rushing yards) and they may have the best collection of wideouts in our league,” Walker said. “They have weapons all over the field, so I commend our defense for slowing them down.”
Two minutes into the second quarter, Woodard blocked a punt and recovered it in the end zone, and the Indians suddenly had a 10-7 lead.
A fumble recovery by linebacker Michael Peppers gave the Indians the ball at the Mars Hill 29. On third-and-long from the 19, Carlton hit Mobley with the TD pass that made it 17-7 with 3:02 left before halftime.
When Woodard picked off a pass with a little over a minute left in the half, Carlton immediately fired the 44-yard scoring strike to Mobley that made it 24-7 at the break.
“Our offense was aggressive right there, and that was great to see,” Walker said. “We weren’t content to sit on the lead. We went right for the jugular.”
Still, Walker warned his team Mars Hill would fight back in the second half, and the Lions did make things interesting in front of a crowd of 1,985 fans at Meares Stadium.
Catawba went up 30-7 early in the third quarter on an 18-yard run by David Burgess, but the Lions got a touchdown late in the third quarter to make it 30-14.
It became 30-22 when Mars Hill got a 12-yard touchdown pass from quarterback David Salmon to Harbison, and then tacked on a two-point conversion.
An eight-point lead is precarious, but Burgess’ 59-yard reception set up Lee Brackman’s 25-yard field goal with 5:01 remaining. That put the Indians back on top by 11 points.
Catawba’s defense stopped Mars Hill’s final drive, and Eamon Smart ran 6 yards for the first down that allowed the Indians to kill the clock.
The biggest positive for Catawba moving forward was the play of Carlton, the sophomore QB who had a rough outing in last week’s 6-0 loss to Limestone. He played most of the game Saturday even though he suffered an ankle sprain on the turf in the second quarter.
“Reid showed a lot of toughness today and he did a good job leading our offense,” Walker said.
•••
NOTES: Next for Catawba is a trip to UNC Pembroke, a team that’s been ranked in the top 25 in recent weeks. The Pembroke area was flooded by Hurricane Matthew. The Braves played their game on Saturday at Scotland County High. … Newberry stayed unbeaten in the SAC on Saturday with a 34-19 comeback victory against Carson-Newman.