One injured in wreck on Organ Church Road 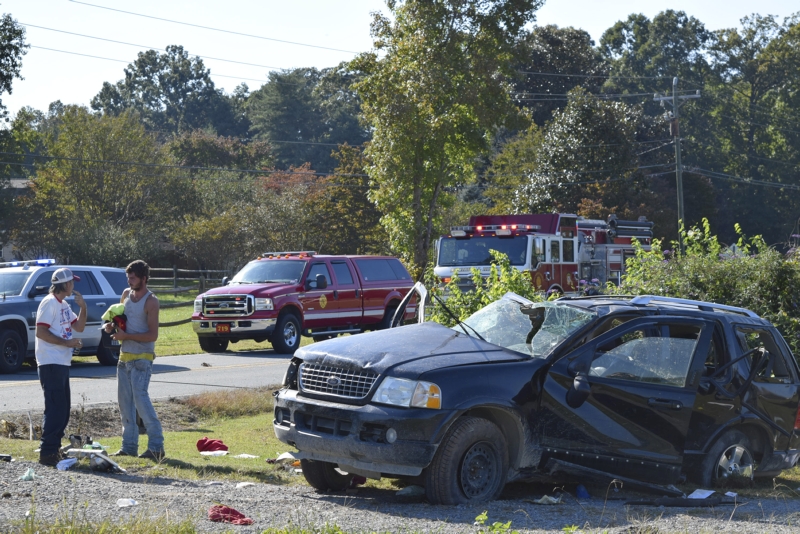 A car overturned several times in the 2700 block of Organ Church Road. State Troopers say the driver was driving without a license. Rebecca Rider/Salisbury Post

ROCKWELL — One person was taken to the hospital today after a car overturned on Organ Church Road. According to Trooper K.G. Barringer, a car that was traveling towards Old Beatty Ford Road ran off the road in the 2700 block of Organ Church Road and flipped several times before coming to a rest.

Allison Miller was outside in her yard when the wreck happened, and said she thought the car flipped three or for times.

“Stuff was flying everywhere,” she said.

The roadside was littered with items that were expelled from the car. Miller placed the initial call to 911.

There were three in the vehicle at the time of the accident, Barringer said. The driver and one passenger appeared to be unharmed, and began picking up items from the roadside and ditch. A third passenger, a woman, was taken to Carolinas Medical Center Northeast. Her condition is unknown at this time.

Barringer said that the driver of the vehicle was driving without a license. No other details are available at this time.