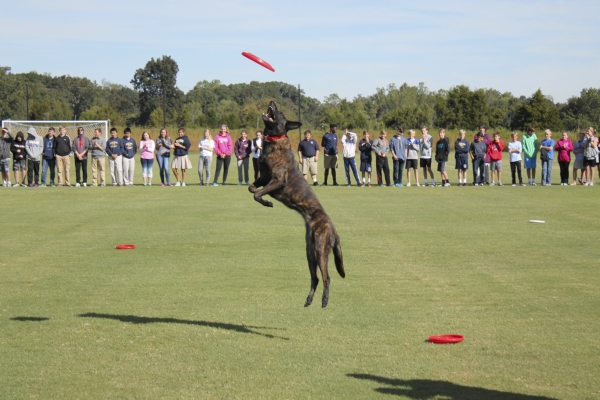 Students met WeeLa, Lolita, Cha-Cha-Cha, YooHoo and Chica — some of her elite canine athletes. All of her dogs have come from shelters and rescue groups from all over the country. Nadja introduced the students to Cha-Cha-Cha, who entertains with only three “wheels” (legs) and spent time explaining that Cha-Cha-Cha is treated “normal” by all the other dogs.

The program ended with up-close visits and pats on the head from the students. Cha-Cha-Cha even spent some special time with one of Sacred Heart’s kindergarteners, Emma, who wears a prosthesis. Sacred Heart continues its October special events in honor of Saint Francis of Assisi with the annual Blessing of the Animals today.