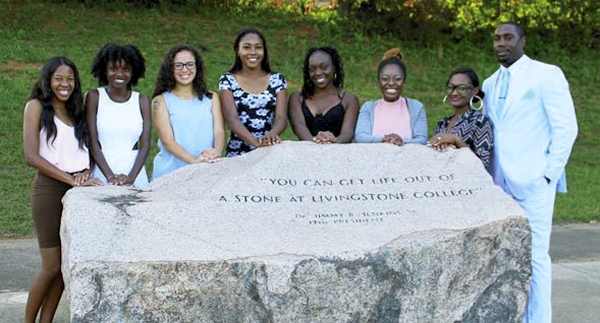 Sherri Samson, a senior from San Diego, MonaLisa Paulk, a freshman from Alexandria, Va., and Krika Bell, a sophomore from Franklinton, followed closely behind each other in 12th, 13th, and 14th. Their times of 25:54, 26:00 and 26:12, respectively, helped the Lady Blue Bears to secure the win.

Also running for the Lady Blue Bears were Asia Figueroa, a freshman from Salisbury, finishing in 21st, and Natesha Williams, a junior from Coconut Creek, Fla., finishing in 24th place.

The Lady Blue Bears will now focus their attention on the CIAA Championships, scheduled for Oct. 25, in Mechanicsville, Va.