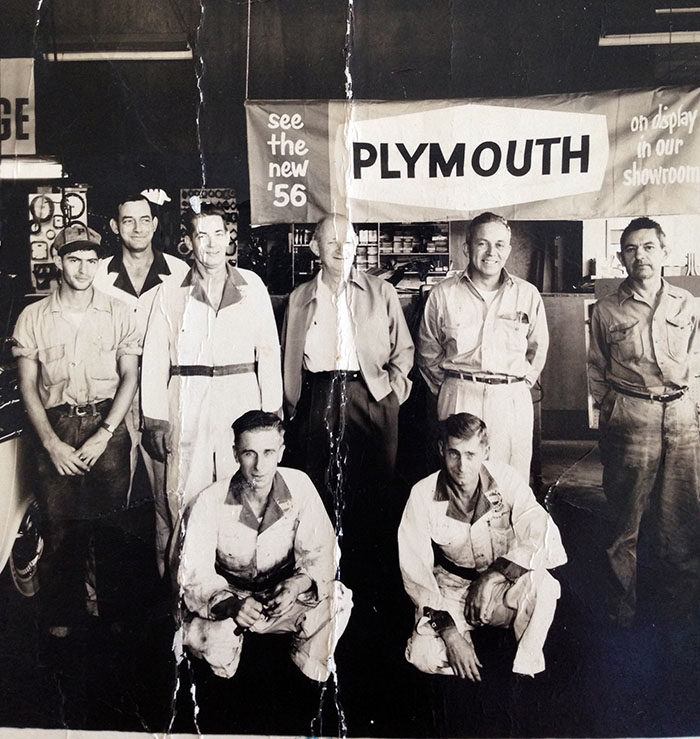 Dan and Denise Foutz supplied this photograph to the Post. Dan’s father, Worth Foutz, is kneeling on the front row at the left. Worth was a mechanic for McCanless Motors, a Salisbury car dealership that was once located where the F&M Trolley Barn is today. Judging from the Plymouth promotional sign, this photograph was taken in 1955 or 1956. The Foutzes don’t know who the other men in the service department were. If you can identify others in this photograph, feel free to leave a comment online. McCanless Motors, which at its closing in 1974 was the oldest Dodge dealership in the South, was founded in Salisbury on Aug. 17, 1917, by John McCanless. His son, John H. McCanless, took over the dealership in 1942. At its closing, McCanless Motors was located at 123 E. Liberty St., where it had moved in 1951. Denise Foutz says this photo was sent to them by Tessa Lesley, whose dad also worked for McCanless Motors.